WHY THE INADEQUATE POLICE PRESENCE AT A PLANNED EVENT FOR A GOP FRONTRUNNER? - The Marshall Report Skip to the content 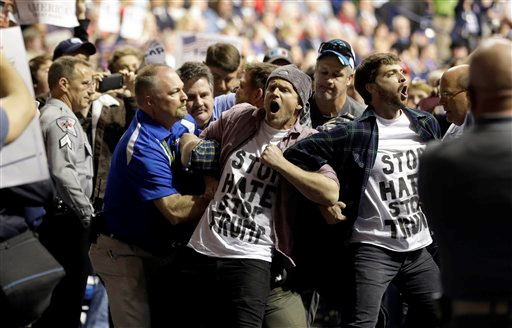 Written By John Miranda
Honestly, first in St Louis and then in Chicago what we are seeing is a failure in law enforcement.
That protests should be allowed is one thing, but that protesters can literally be next to the entrance to a venue is ridiculous.
In St. Louis the situation was not controlled well, in Chicago it simply was not controlled at all.
Chicago being of course the city where Obama’s former chief of staff, Rahm Emanuel, is now the mayor.
So we have an inadequate police presence at a planned event for the leading Republican presidential candidate in a city controlled by Democrats.
Need I say more?
Outside the St. Louis event we indeed had protesters who made a name for themselves at Ferguson show up. The same Ferguson where we now know George Soros bussed in protesters… 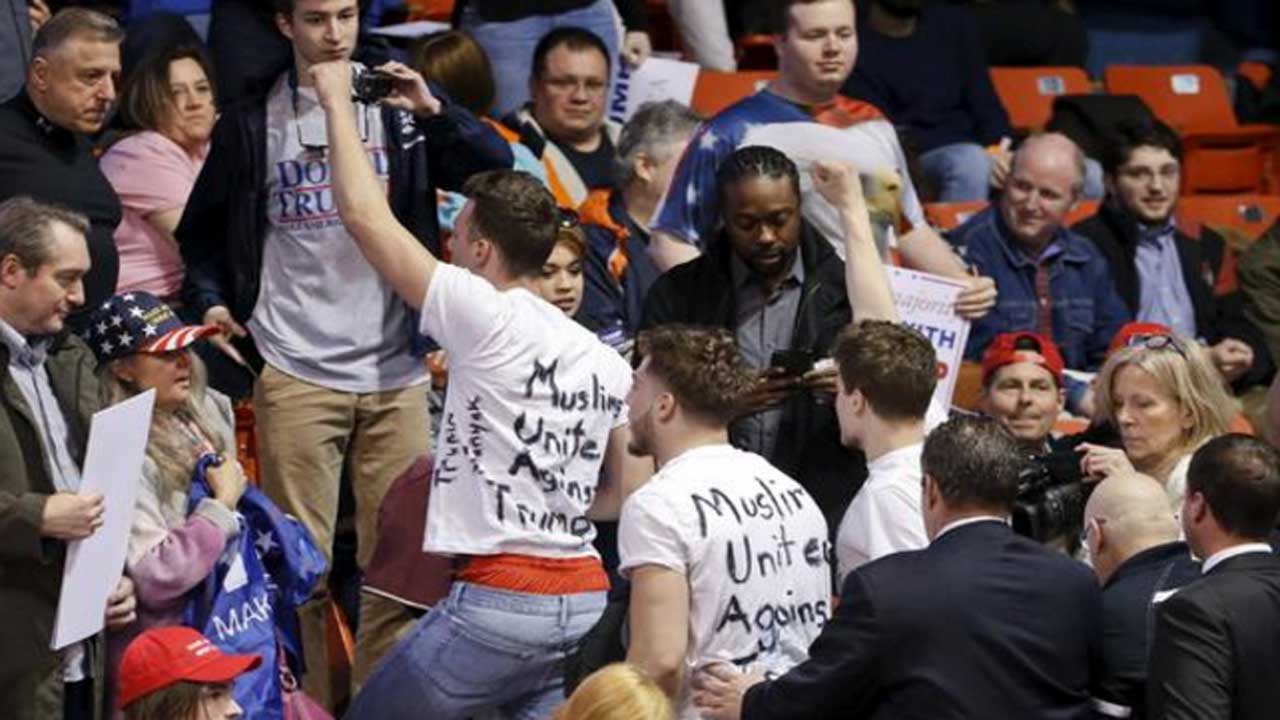 In Chicago we had three young men take off their jackets to display poorly drawn upon white t-shirts saying “Muslims Unite Against Trump” to try and tick the public off against them… An obvious farce seeing as how all of the men looked more white or Jewish than they did Arabic…
Did Soros fund today’s disturbances as well? A fair question to be asked and investigated.
John Miranda