U.S. ADMITS THEY KNEW OF DAESH OIL SMUGGLING IN TURKEY BUT WANTED TO BE FRIENDLY... - The Marshall Report Skip to the content 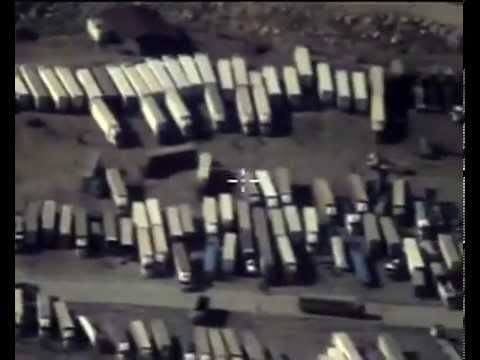 Churkin said, “I asked (US commanders in the Pentagon) a very simple question: you’ve been flying there for a year, we’ve been there for two months and already provided many photos showing that oil is smuggled through the Turkish border. Didn’t you know about it? They must have known, and if they did, they should have reported it to the Security Council.”

“Under Resolution 2199, which was adopted in February at our initiative, countries must provide information to the Security Council if they have such information. Which means, that the Americans must provide this information. Not to mention Turkey, which should have reported any illegal trade if it is happening there. They didn’t do it,” Churkin said.
Read more: https://sputniknews.com/20151214/russia-turkey-daesh-oil-sanctions-unsc-1031702005.html#ixzz3uGz9ggCb
Philip Giraldi, former counter-terrorism specialist and military intelligence officer of the CIA said Thursday that Washington has been aware that Ankara buys oil from the Islamic State (ISIL, or Daesh in Arabic) militant group for a long time, but wants to keep friendly relations with Turkey. “We’ve known for along time that the Turks are the ones exporting the oil for ISIS [ISIL] and making the money so we did not attack the convoys… I think it’s a bad decision, but I think what the White House decided it was that better to have Turkey friendly than to have Turkey unfriendly,” Giraldi said.
It is clear that the Obama administration’s policy at home and abroad is the same. Coddle the terrorist organizations and they will be nice to us if we say nice things about them and look the other way. This appears to be either the most insane war strategy, or aiding the enemy.
In addition to the fact that these actions ignore resolution 2199, the entire notion that it is better to have our dishonest NATO allies finance the terrorists than to have them accuse the U.S. of being unfriendly, is major cause to question the entire reasoning of the US Commander in Chief.  Yet, it does explain the logic behind Obama’s current stance on Islamist refugees.  The stance that it is better to ignore the fact that some may want to kill us and remain friendly,  rather than to actually protect the citizens of the United States.
The bottom line is – Obama is either unfit to be commander in chief or he is aiding the enemy.  Either way he should be removed from his position in light of these major offenses.
Read more: https://sputniknews.com/20151210/us-turkey-oil-daesh-1031554896.html#ixzz3uH2nfNFi
Dianne Marshall