CRUZ WILL NEVER TRUMP THE TRUMP! - The Marshall Report Skip to the content 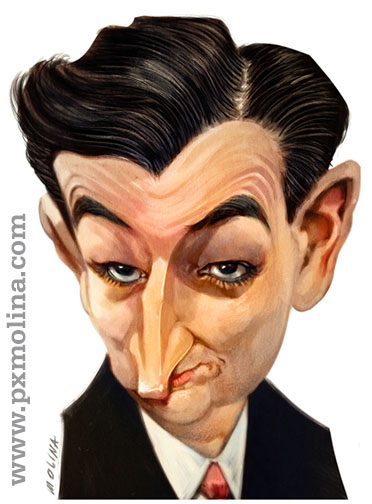 In a behind closed doors meeting Cruz told his key people that there are three things needed to win the primary.  These are, he said – ‘message, grassroots and money’.  On message, Cruz said, ‘Going  back to framing the narrative he is thrilled that Trump has framed it by who will stand up for the people. If that is the message I win’. He said, he has stood up for the people in the senate and the people have seen that.
WHO has really stood up for America?  Cruz says he has and wins over the others for he has the senate advantage.  Well he blew it there.  Why?  Because he stood up after he set things up for a self serving political grand stand. He accomplished nothing for the people.  There is a big difference between activity and accomplishment Mr. Cruz.
Now here is where the rubber meets the road.
Trump in order to protect America from Islamist radicals with un-vetted visas and refugees said to close the borders to all Muslims until they can figure out what the hell is going on.  The people applauded and agreed.
Cruz – called this move wrong, he said we should not discriminate against Muslims – taking the GOP and media’s narrative that Islamist religious rights should be respected, (which was not anything Trump said). Cruz would allow more radicals to pass into America at a time we are at war with radical Islamist jihadists in the middle east known as terrorists and in wake of a terrorist attack in Paris and on our own soil.
TRUMP CONTINUES TO STAND UP FOR THE PROTECTION AND SAFETY OF THE AMERICAN PEOPLE AND CRUZ CONTINUES TO UNDERMINE OUR SAFETY!
Cruz stated that the grassroots enthusiasm is ridiculous and off the charts. He failed to mention that the grass roots enthusiasm is fueled by TRUMP SUPPORTERS. The GOP 2016 primary was lame until the day  Trump announced he was running.  It was at that time all hell broke loose.  The Donald spoke out with a laundry list of what he intended to do and the people cheered from that day on. In that very same day, the media and GOP attacked Trump from every angle for his stance on protecting the people and stopping illegal immigration.  With every stone the media threw, another supporter joined the Trump campaign.
Since that day, Trump has taken action, getting congressional monkeys to take more action in the past 7 months than the Cruz senate has taken  since 2012. (Except Rubio, he still misses votes because he don’t like being in the senate anyway, or so that’s what he said.)
Cruz, in his self absorbed thinking believes grassroot enthusiasm is due to his running for office.  He fails to remember that when Trump entered the primaries, the establishment darling Bush was in the lead?  Astro turf Cruz was at 4.5 percent in the polls and number 8 in likely to win.  He has been trailing ever since Trump entered the race. Where ever his ego is getting inflated from is far beyond my imagination. See June polls before Trump entered the race here:   https://uselectionatlas.org/FORUM/index.php?topic=213889.0
Listen to Cruz and his proud self speak of his almighty wisdom and strategies….. click here and listen to an audio recording of his comments provided by an attendee.
Cruz has three interests at heart, those of himself, the NWO establishment, and the making of a north American union.
Donald John Trump is the only candidate who is truly standing up for the American people.  He has taken on the entire establishment elite and the entire New World Order.  Where Cruz is in their lap, fulfilling their dreams not the American’s dream.  To correct Cruz’s analysis, Trump is not running on a narrative to stand up for the American people – TRUMP IS STANDING UP FOR THE AMERICAN PEOPLE !  And he is standing ALONE WITH ALL THE ESTABLISHMENT AND GOP ATTACKING HIM!
All the while narrative framing hawks throw their shots at the one man who has no narrative, just a goal to Make America Great Again.  Mr.  Cruz the next president, Donald J. Trump, does not need your Judas bear hug, nor a kiss on the cheek.  Trump knows a con artist when he sees one.  He has just been waiting for you to throw the first punch…and now, because you have, he is about to counter punch you into one HUGE VETTING!  Enjoy the gravity ride as it pulls you down.