THE REAL REASON HILLARY AND OBAMA ARE IGNORING LOUISIANA FLOOD! IT WAS MAN MADE! - The Marshall Report Skip to the content

Louisiana Mayor Rick Ramsey said Tuesday that the flooding in his town was “man-made” and that he plans to file a lawsuit against both state and federal governments. He expects insurance companies across the state to join him in his suit. 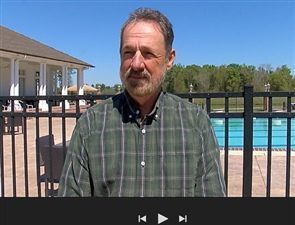 According to Mayor Ramsey, last year the government expanded a six foot cement barrier built along Interstate 12 that was supposed to drain water but instead prevented rising water from draining away from his town.  This new man made construction put the city of Walker in a bowl like what happened in New Orleans when the levy broke.  The barrier prevented any water from draining out of Walker.

Mayor Ramsey stated, ““I’ve been begging [the government] for three-and-a-half years to give us more drainage under the interstate. When the Amite River went up, it hit that wall.  We have video evidence that shows the concrete barrier and water lapping over the north shore of the interstate and bone dry on the south of the interstate.  They basically build a dam for Walker.”
The mayor had been warning the state and federal governments about the potential flood danger  for three years.
https://www.youtube.com/watch?v=uFAoszYI5oE
Many are looking deeper into the situation as more than a concrete barrier problem. They are asserting blame on the Environmental Modification Convention (ENMOD), formally the Convention on Prohibition of Military or Any Other Hostile Use of Environmental Modification Techniques which bans weather warfare. (The use of weather modification techniques for the purposes of inducing damage or destruction.)
https://www.youtube.com/watch?v=EtWJ7aZeQ8I
This is a terrible crime against American citizens!  This is the reason why the media is not reporting on the flood.  They do not want any real information to be leaked!

Pray for Mayor Ramsey that he not commit suicide during this exposure to the evil weather and flood attack on Louisiana!  The truth must be exposed!
Dianne