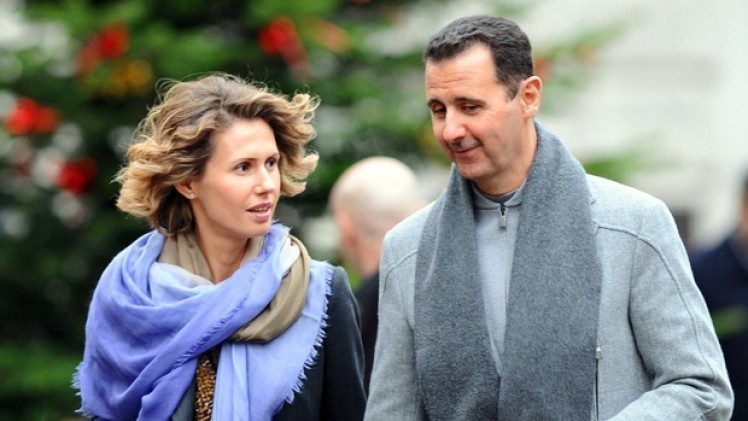 What is the reality of Syria?  The history is very complicated.  It is a sovereign state that governs a multitude of religions, and the people have had their religious preferences protected under Assad’s presidency. Please watch the exclusive interview from 2012 with Barbara Walters.  President Bashar al-Assad exposes western propaganda and corrects many misconceptions about Syria as a nation.

So why the attack on President al-Assad?  Balshar al-Assad was working in England as an eye doctor and returned to Syria in 2000 after the death of this father who had been president of Syria for 30 years.  Bashar was elected president and  inherited the problems of Jihad that seem to have always plagued the middle east.  Syria’s problems were no different than any of the Middle East states and their conflicts with the numerous sects each proclaiming to form a Caliphate.

Bashar has been accused by western nations of using extreme brutality against its own population and the use of terrorism and jihadists in Syria and beyond to achieve its goals.  Rumors dating back to the days of Bashar’s father, Hafez.

Bashar denies these allegations and holds fast to the duties of a president to protect its’ people from terrorists fighting jihad within Syria’s borders.

As Americans become more aware of how jihad operates and of the multiple sects and how easy it is to form new sects of jihadists, it is becoming more clear of the trials and tribulations the nations in the middle east have been through in order to run a  somewhat civilized society. They have been living with what the western world calls terrorism as a way of life.

In Syria, what may appear to be brutal tactics to outside onlookers, are actually protection and safety to those citizens of Syria living in terrorized streets.  What would America look like under a constant state of 911 attacks?  What is France,  Germany, Sweden, Austria, Israel, and other European nations who have taken in those who shout Allah Akbar looking like to onlookers?  What about African nations who are fighting their own jihads?

What we have learned from toppling Saddam Hussein is that he dealt with jihadist daily, and he kept the terrorism that they created contained. America  has a history of working closely and giving military aid to Saddam for the same exact reasons.  In fact America has a history of doing a lot of military assistance in the middle east.

What we have also learned from toppling Gaddafi is the exact same thing.  He kept the jihadists contained.

In a nutshell, western foreign policy efforts have failed miserably and created an unleashed headless monster we now call ISIS, IS, ISIL, and the next new name they will give it.  The only points of stability left in the middle east are those sovereign nations that the western world has not yet toppled.  Syria being one of those that have survived the targeted goal to be toppled.

And why was Syria one of the first on the lists to topple?  What was the real goal?  To understand that question you will need a crash course in the UN New World Order goals, and the establishment elites oil grab with the crash course in who makes the money in the entire middle east wars, along with the Muslim brotherhood and secret societies.

What the world needs is leadership to help stop the ones who are aiding the terrorists, and a coalition led to stomp out those committed to extreme jihad.  It can be done.  But, when nations are funding the terrorists and providing a stateless group with advanced weapons, it makes people begin to ask questions like…who is the real enemy here?  Who is aiding the enemy here?  Who has been lying and who has been telling the truth?

I say use discernment and apply common sense. For sure, it does not make sense in the real world to invite those whose religion teaches a holy war to kill those who will not convert to dinner and introduce them to your family.  To invite refugees with no documentation into your city is doing just that.

10 If there come any unto you, and bring not this doctrine, receive him not into your house, neither bid him God speed:

11 For he that biddeth him God speed is partaker of his evil deeds.