Hillary may have the big establishment delegates in her pocket against Bernie, but her popular vote has dwindled from 2008 making it difficult for her to win over the ever growing  GOP frontrunner Donald Trump!  Data analyzed by Venture Capitalist Andy Badolato shows, Clinton has seen a decline of 273,321 votes from 2008 to 2016 among states that have already voted this cycle. So what will  happen when the primary rules are over and the American people get out the vote?
It’s obvious the Bernie crowd isn’t going to cozy up to a Clinton ticket any more than the Trump supporters would ever hold their nose and allow a brokered convention to shove a Cruz or Ryan down their throats.  The games are on and just beginning. 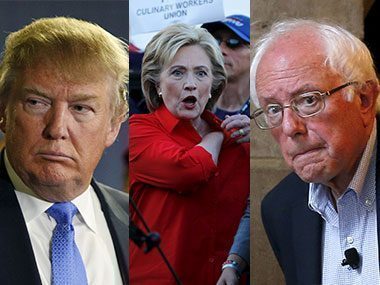 In an exclusive Breitbart article written by  Matthew Boyle and Andy Badolato it shows a  2.15 percent decrease nationally in several key states that Clinton would need to win to secure the presidency in a general election.  This shows that Hillary is extraordinarily weak on the electoral college scale nationally—and that when Trump wins the GOP nomination he will most likely win big in the general election in November. Heck Breitbart claimed that any GOP nominee should win…so imagine Trump!!
“In some of those states, the Clinton crash has been significant. Ohio, for instance, has seen her lose nearly 45 percent support from 2008. Back then, Clinton got 1,259,620 votes. In 2016, only 696,681 people voted for her. That is a 44.69 percent drop off in the critical general election state.
In Rhode Island and Massachusetts, two northeastern states that billionaire Donald Trump has won in the GOP primary, bottomed out their support for Clinton between 2008 and 2016. Back in 2008, 705,185 Massachusetts voters backed Clinton in the Democratic primary. In 2016, nearly 100,00 fewer voted for her—with only 606,822 voting for her, a 13.95 percent decrease. 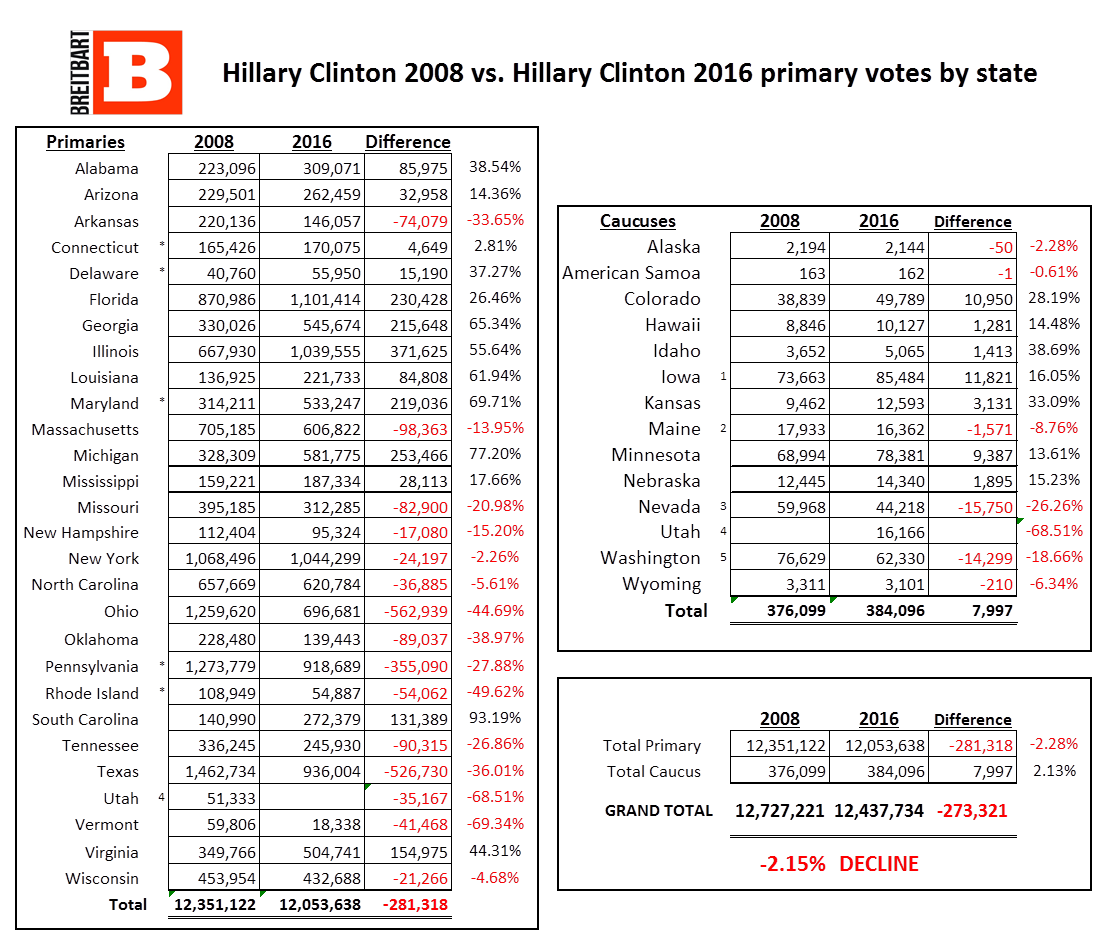 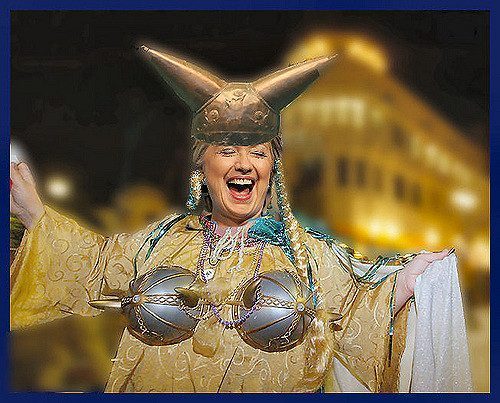 Clinton was even down from 2008 in her home state of New York who elected her to the senate!  It sure looks like a Hillary win over Bernie will bring about a new “BURN”! Right about now,  it looks like the only thing Hillary will win is the job of the fat lady singing!
Listen to Andy Badolato on Brietbart Radio here:
https://soundcloud.com/breitbart/breitbart-news-saturday-andy-badolato-april-30-2016
Dianne Marshall