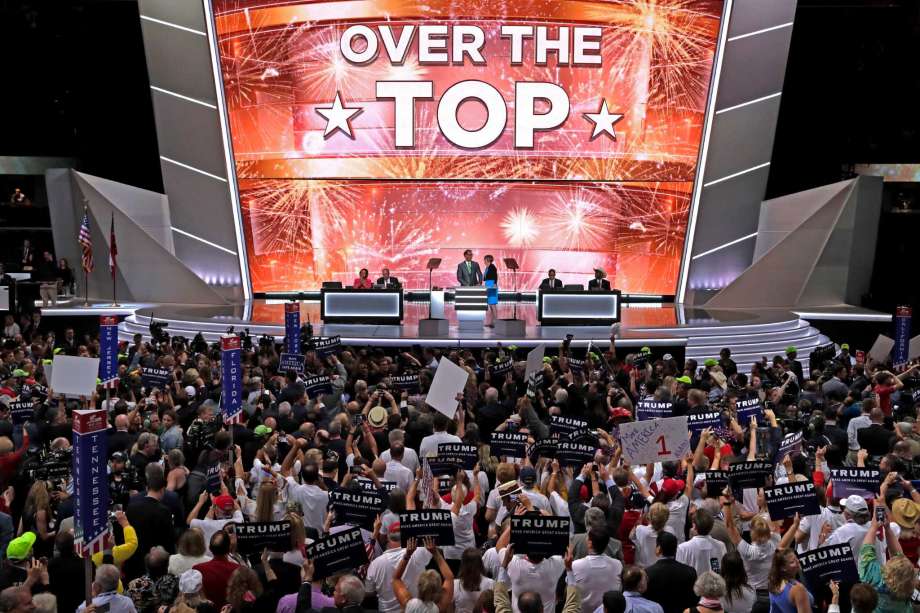 Donald J. Trump has won the long battle to represent “WE THE PEOPLE”!  He has been through the chewing locusts, the tar paper, the lion’s den, and fighting fire breathing dragons and emerged VICTORIOUS!

Donald Trump Jr. proudly casts 89 of New York’s delegates in favor of his father, formally nominating Donald J. Trump for president at the 2016 Republican National Convention in Cleveland, Ohio!  Now it is up to us to keep him over the top all the way to the White House!

THIS HAS BEEN AN HISTORIC DAY FOR ALL AMERICANS WHO LOVE AMERICA!  NOW LET’S ROLL UP OUR SLEEVES AND BULL DOZE THROUGH THE LIAR MEDIA AND VOTE HIM IN!
Dianne