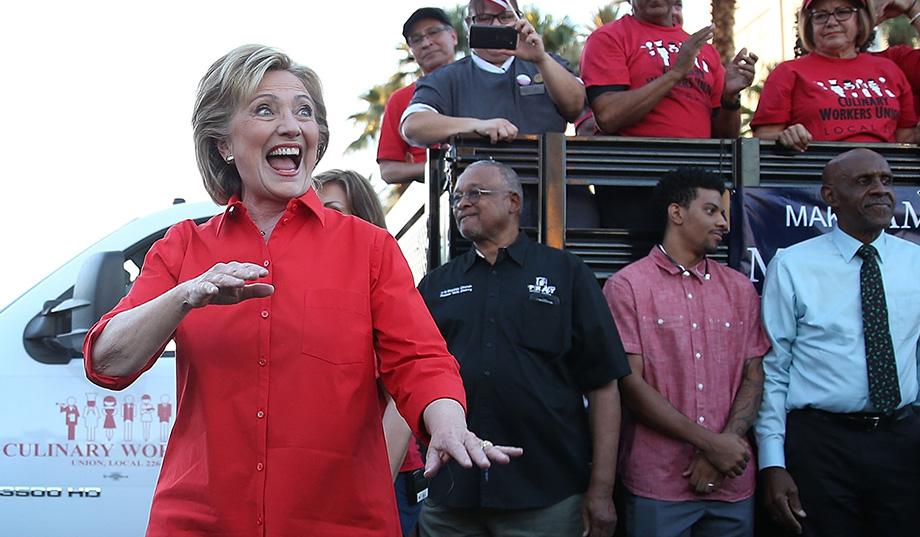 Are any other Trump voters  fed up with those who are easily offended when their candidate is called out for something they said or did and exposed for it in a retaliating blog, on Twitter, or on a Facebook post? It’s usually on a true issue and the offended party gets very angry, even though they have no real facts to stand on except the famous “you are a liar, he or she did not do that, say that, or whatever”.

Meanwhile, Trump supporters get bashed left and right called crazies, idiots and cults by the news media and slandered by almost every candidate, as well as their blind followers.  Well, for the laypeople who are offended at a few truthful remarks about their establishment RINO or progressive Marxist, get over it.  THE REAL DEAL IS DONALD J. TRUMP!

Trump is the only one qualified that has what it takes to stop the corruption and make America Great Again.  Now, with that being said, let me give you an example of what I’m talking about.

Yesterday before the debates began and before Hillary her hein ass, I mean highness, even checked into her hotel she made her way to a gathering of culinary workers in front of the Luxury Trump Hotel, in Las Vegas who were being confronted by the culinary workers union group.  She marched right over like a nut case in a mental ward and yelled out, “Donald Trump is a Racist!”  she continued her evil rant with eyes glazed and wide open (you know the look) and yelled at the employees of the Luxury Trump Hotel to unionize. 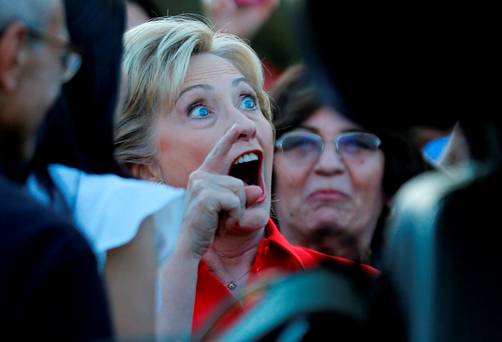 She continued to rant and rave, kinda like a pre- debate pep rally. She even in all the grandeur of a raving mad woman yelled out Trump is  a misogynist!

Can you even imagine if Trump stood out in front of something Hillary owned, or anywhere, and yelled a few truly blasphemous things about her?  Heaven forbid, he is only allowed to say “She’s doing poorly, and in trouble with her emails”,  beyond that the troll police are out.  Every time Trump counter punches to defend himself the press get in a huddle and spew out the most bizarre of tales that Donald said this, did that, or should have said this, or should have done that.  Good grief!

Meanwhile the ones with mental disorders and obvious real anger issues are touted as presidential?  When will someone tell it like it is.  Hillary Clinton has lost her mind and has committed criminal acts and is not eligible to run for any office.  And when will someone say the truth about some of the other un-presidential talking heads standing up like a football team of bench sitters and water boys for the GOP, or in the case of the Democratic debates – book ends for Grimm Fairy  Tales volumes one and two.
Read more about Hilary making a fool of herself at https://dcwhispers.com/#pT0ts1ErX3sAlFyq.99

So let me speak up here and say, the people who should be offended at the snide remarks and raving screams are the Donald Trump supporters.  Yet, they have refrained from wasting energy on pre-emptive attacks on other candidates supporters unless directly provoked.   For the most part they are ignoring the accusations from lay people and are focused on directing their counter punching energy toward the candidates. Lucky for all of them.

Yet, there are no promises of what may happen if they continue to provoke a sleeping bear.  Trump supporters will take a lot of pokes but sooner or later it will get annoying.  And when it does….I am not sure what you can expect.  Just saying.  Meanwhile for every poke there seems to be another Trump group started and for every prod there seems to be ten more blogs to counter it.

PLEASE NOTE:  It is obvious that many are totally unaware that most all  blogs merely counter punch the insults that are thrown at the Trump, by other blogs, faux news, and mostly punches thrown by the candidates themselves. So if you were watching your guy or gal, and following what they were saying and doing, you would all be more inclined to say….”I guess they had that one coming.”

However, nothing has been in vain, for through all the sometimes angry, and most often idiotic  feedback, Trump supporters  now know who really vets the candidates and who just blindly follow.  It is clear who is reading and watching and who is merely complacent and hung up on political correctness. Good luck with that one.

Meanwhile, do any of the canidates know how bad they look when they do these things they deem presidential?  And does Hillary even have a clue that her eyes look like they are going to pop out of her head when she goes off on her presidential rants?  Will someone please tell her we understand English and she’s not in some foreign country where we will never understand what she is saying in public without an interpreter.  We know what she is saying, we simply cannot comprehend why she is saying and doing such things.  There is a difference.

Please remind her that even though she may have hit her head and not remember about Ambassador Stephens and Benghazi, and the Arab spring gun running, and all the other things she forgot when she hit her head, WE THE PEOPLE REMEMBER EVERYTHING!