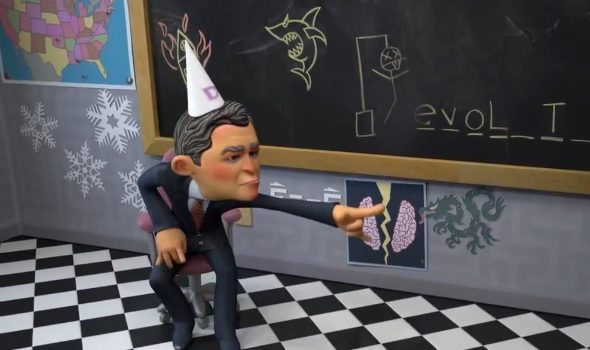 Trump is on his game. No matter how they try to pin him down, Trump is always honest and knows what he is talking about. Trump very well knows who Oran Smith is.  He met with him in the Trump Towers about five years ago.  Smith is a political activist and was out of his league trying to pin the Trump down on his truth.
The fact is destabilizing Iraq was the worst thing the Bush administration could have done. It created a cascade of Islamic uprising and was a blood bath for all. Over 500,000 children were killed in the carpet bombing and we are to expect the Iraq people to thank us for liberating them?
Where is the democracy that Bush told America they were building? You don’t topple a sovereign nation who has in the past helped the US by coming up with a weapons of mass destruction excuse and expect anything good to come from that. That is not how it works. Bush foreign policy has created a cauldron of anger in the middle east. The Bush doctrine paved the way for the Arab spring.  The Obama administration had merely carried out the rest of the plan.  Plans that were devised behind closed doors.  Today people are aware and they now know this was a disaster.
Putin has addressed both the Bush and Obama administration and their failed western foreign policy of “you are either with us or against us” as they go about toppling sovereign nations at will.
https://www.youtube.com/watch?v=l-dJYHbb9Y8
It is what it is.
Dianne Marshall