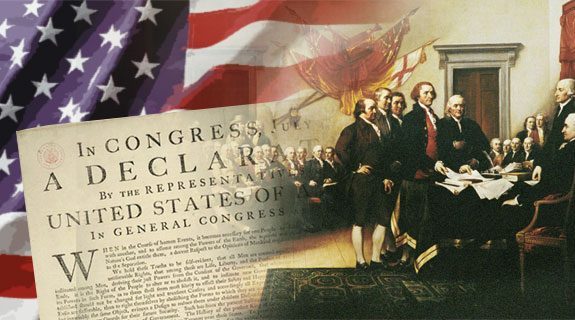 After a painful research and study on Karl Marx’s Economic and Philosophical Manuscripts of 1844, I felt an elusive tugging at my sense of reason. A sort of compelling influence on my own views of capitalism, and however truthful many of Marx insights may appear, the underlying motivation sent a chill up my spine. It was especially interesting on his concept of money. So well written of its’ actual creation and its’ causes and affects that I thought at one point, the devil himself had written it.

If I can but take his many belabored pages and condense a report to a minimum opinion, I would have to elaborate as such:

Whenever one takes the human element which has a God given soul and dares to reduce it down to statistics to define, classify, and number that soul into a group as a thing, a property, or a commodity of sorts, (as Marx has well accomplished), man is left with no master other than that of the ruler of this world. Satan, himself. And by this mean, Marx’s form of political economic wisdom was assuredly influenced and encouraged by the ominous demons of hell, themselves.

For though appearing innocent, it imbeds sharp teeth into the readers mind, intellectually teasing with facts, statistics, and vain philosophies against sound justice and judgment. A work most cleverly devised and designed to rant at and to torment, to destroy and to frustrate, to belittle and to chain. To create strife between those that have and those that have not. With no more compassion toward the common man, than that of a poorhouse overseer.

It contains within it the seeds of revolution. A revolution that gnaws at and chews away any common sense or that of fruitful direction. It blinds the soul from seeing its maker, magnifying and glorifying the ignorance of vigilantes.

It deceitfully declares that a change is needed, allowing for sly foxes and wolves to gather the souls ripe for the harvest of tyranny.

In essence it corrupts man’s ability to reason for himself. It entangles him in false views of injustice that fan away, flaming an anger that leads him as a sheep to the slaughter while erasing with false promises man’s last chance to true liberty. All hope is kindled, yet, vanished under the carefully crafted mind controlling pretences of those, who will not only exploit man’s labor for a morsel of bread, but steal his soul as well.

It is the sort of intellectual philosophy that breeds contention. For no form of government on this earth can guard against man’s weakness to temptation. Nor can government guard him from the desires of his own greed and lusts of the flesh.

Therefore, I find the true culprit that Karl Marx and other Sly Foxes and Wolves is against is not capitalism at all.   The true evil doer is the man that lacks Godly Principals, morals and values. It is the man that lacks the ability to hold a deep conviction to do what is right. The man that has failed to seek a personal relationship with his God. These are the true failings that open the flood gates manifesting hell on earth. The true failings that close the coffers to those who deserve greater wages and rewards for their hard labor.  The same coffers that might have been opened to help the poor, the elderly, the orphaned, the widowed and the disabled.

The irony that bewails the life work of Karl Marx is this. The very same capitalism he has so strategically and statistically condemned, is the very same capitalism that has allowed for American corporations and her private sector the ability to open their coffers freely, and generously give to those in need at home and abroad.

Oh, if Marx would have only known how to pursue the worthier things. Conquer greed and you conquer injustice. Surrender to the will of God and God’s Kingdom on earth shall manifest. For as the Lord said to the Pharisees,

“The kingdom Of God cometh not with observation; neither shall they say, lo here! or, lo there! For behold, the Kingdom of God is within you.”

Serve man and money, and you have Marxism, Leninism, Stalinism, Communism, socialism, Nazism, tyranny and dictatorship. The people of the countries that follow these paths of government have never experienced utopia. Those that hold the idealism of the equality of meagerness for all, while extolling opportunity on but a privileged few, have never reached beyond their lot; nor have they ever prospered in peace as a happy people.

The vain glory of man and the praise of money are the core values that lead to the dark principalities and powers of the air that challenge man’s soul. The values that send him lusting and coveting his neighbors goods, and shows him how to properly bite off the hand that feeds him. The words of Marx and other Sly Foxes and Wolves, help to accomplish such things as these.

The irony is that the same years of Marx’s personal working experiences in Europe that laid the groundwork for his manuscript are of the same historical back drop that led the founding fathers of America to break free of such tyranny, and liberate the colonies from its clutches. The same social wrongs, the same statistics, the same enslavement of women, children, and men working in the mills. The same unfairness in taxation, the same exploits of man’s labor, and the same price on his soul and other personal properties. These are the same injustices our forefathers in the colonies experienced from its parent country, the once glorified Great Britain.

How fortunate and blessed we are today that our founding fathers in the colonies did not choose, as Karl Marx, to write a philosophy of intrigue designed to muster and frustrate the masses. They rather chose to write a Declaration of Independence, a Bill of Rights, and a Constitution. They stood together. They relied on God to guide them; to be their source of strength; to execute the right action; to enlist God given principals, morals and conscience into the documents that were to guide the new United Statehoods. To define liberty of conscience in the same manner as that defined within Biblical principals, that of life, liberty and the pursuit of happiness. For they knew from Biblical teaching that God sent his Son that we might have life and have it more abundantly, and that true liberty is the Spirit of the Lord, and the pursuit of happiness is the promise from God to a nation called by his name.

Our founding fathers vision for America’s establishment, preservation and future growth was not only to be founded upon Biblical principals, but to be guided by these principals in all of its affairs. This is what made America strong, these are her roots. Destroy these roots and you destroy her entire foundation, her entire strength, her majesty, her sanctuary to those who have sought her safety when fleeing from injustice and tyranny of other lands.

Destroy her Biblical roots and you are left with a desolate land, cold, naked, lonely, depressed and hungry. No fairer, no different, than that of any other place on the globe. Steal her foundation and she becomes a God forsaken desolation of despair.

May we the people take a stand, to preserve and to protect, to honor and to cherish, to be as courageous as our founding fathers, to protect the inalienable rights of future generations. And to have the courage to stand in this day and the next, to serve her within her borders as our brave young soldiers have given their lives to preserve her abroad. Do we have the courage? Do we? We must muster it now, or forever let the words and the writings of sly foxes and wolves lead us and our children into tyranny. The FEMA buses are not that far away my friends. I for one am not boarding. Are you?