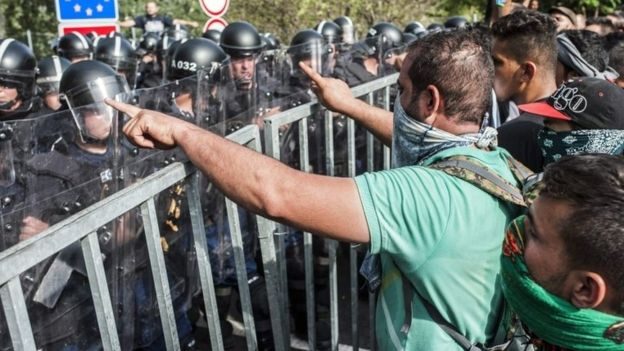 Border Issues Are All Part of Agenda 21!

The Europeon Union has fallen right into the bowels of the elite establishment’s new world order plans which have now created a crisis throughout Europe.

As Trump has been yelling out at almost every rally – “A nation WITHOUT BORDERS is not a nation at all. We must have a wall.” Those words are now being heard and walls are being built by Hungary and it looks like Germany is not too far behind in building their own. (see article in link below).

A  nation’s borders protect the people within the nation and insure that their laws and cultures are respected as well as provide safety for their citizens, and of course to insure that the laws of the land are upheld.

These common sense and historic building blocks to secure a nation and its’ people go against the stepping stones of the establishment elite who desire their New World Order.  The establishment’s first stepping stone is to have a borderless world full of chaos. The architects of the NWO need this  in order to bring about a one world supreme government that views the present nations as statehoods subject to their ruling.

In order to create this borderless world they must use the next stepping stone which is to tear down the borders of all civilized nations. To do this they must create chaos from within each nation. They are tired of waiting for the final impact of unemployment, nanny state social welfare, racial divide, etc, and are now rapidly achieving this by their newest and most brilliant “Kissinger type” strategy of Trojan Horse Refugees!

We are witnessing the results of the fools in Europe who were suckered in. The same fools who have been watching American borders invaded by millions of illegals are now in the middle of their own invasion.   I’m not  sure if those who actually agreed to a borderless North America really understood the process or the repercussions that would be coming to their own nations.  None the less, the UN agreed concessions  had to be made by the spoiled and vast resource consuming United States in order to bring about the North American Union within the plans of Agenda 21.  And the European nations were all for it.

Well, the fools in this coalition of UN NWO Climate change world traitors that have sat in silence watching and encouraging our dilemma, are now faced with one of their own. They are in the same situation and realizing it is destroying their own national sovereignty.  European nations are now feeling the brunt of an idea that wasn’t a good one. The horrible side effects of birthing their coalition of a global governance is killing their glee for sustainable development as they find out it is not so sustainable.

It is now appearing as though the Western world elite establishment decided to just go for the part of the world they could devour fast – the western part.

I can just hear the gravely, raspy voice of that old geezer Kissinger sitting in a Bilderberg meeting sputtering out his evil plans:

“China and Russia will not go along with our borderless society, so we shall 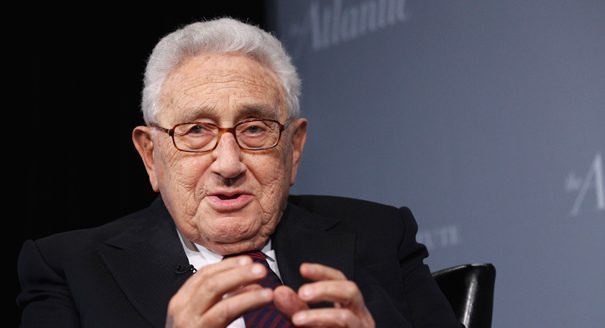 begin with the US and then progress into the Europeon Union. This will create such a chaos there will be no choice but to begin world war three. The Western Zionists will be forced to fight against the Islamist extremists. Those nations who have refused to align with our cause will be forced to fight with us against the extremists. In the end we shall emerge as a one world order.”

These evil elite were powerless at tearing down the great wall of China, and powerless against demanding Russia tear down any more of their walls; in fact Russia is in the process of reclaiming lands that once belonged to Mother Russia and rebuilding those torn down walls.

The establishment elite could care less about third world countries as they continue to control  their food sources, and make sure they remain under UN control. They captured these during WWII, then immediately after and up to the present, toppled nations they deemed to be third world.  They have lied and used their propaganda to destroy innocent people along with their leaders who did not have the establishment’s sacred idea of democracy.  We have all watched this transpire, but the Arab Spring of destruction was the most revealing sin that pointed directly to the establishment’s puppets (Jarrett/Obama/ Hillary Et Al,) who did their bidding.  In a nut shell, the NWO elite desire to kill, steal and destroy in order to bring about their new grand kingdom to control EVERYTHING.

In ending I leave you with a two part question – “Will Trump and Putin be able to go up against the establishment and all their evil plans to enslave the world under their tyrannical dictatorship?” And  “Will the good people of the world rise up to take a stand and say – “ENOUGH IS ENOUGH!”?”