It worked in Iraq, and now the global elite have gone full throttle on the rest of the world big food and big pharma at work to depopulate through toxic food, water and cures. Meanwhile, most of the masses are clueless to just how bad things are and who is behind it all.

But, finally, the good people of the world, including leading doctors and political figures are finally speaking out to the many lies, myths and misleading propaganda that is killing millions through our food chain and water sources.
Many people are looking deep into food and water and finding out that they have been duped into buying consumable food and water products that are virtually designed to make you sick and eventually kill you. 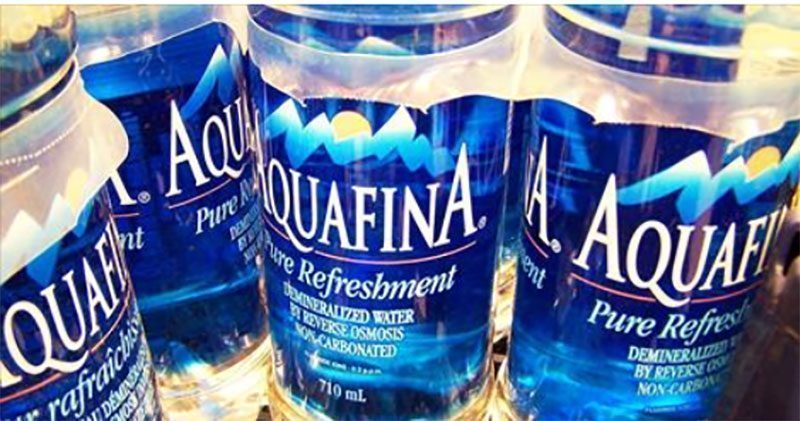 Pepsi recently had to admit that their water “Aquafina” was nothing more than the tap water you have at home….and they have duped consumers into buying their product via propaganda that people have come to accept as truth and fact.

Pepsi Admits That Its Aquafina Bottled Water Is Just Tap Water, Coca-Cola’s Dasani Is Next

What will the people discover after the same unveiling takes place among all the major food suppliers. Which ones will be shown to have toxic chemicals that kill and what will be done to any of the food producers and suppliers who process it, pack it up and sell it to your grocery store to sell to you?

Meanwhile, millennials are excited about faster internet speeds and texting and are clueless to the deadly effects their new 5 G has on their health. They seem to ignore the cold horrible fact that they and all of us like it or not are getting microwaved with military grade weapons frequencies but hey, their internet is like so fast!

The common denominator in all of this is Agenda 21 to depopulate the masses.  Recently the 5 G tests have killed a slew of birds.

No one wanting super internet speeds seem to think the side effects are worse than not having higher speeds.  They are using the same logic as Big Pharma and their damaging drugs.  “Side effects may kill you but your doctor believes the side effects aren’t as bad as not taking the drug”, and then adding, “without it you will die bla, bla, bla….”  Sadly, doctors are educated about drugs by Big Pharma and they trust them the same as most people trust their doctor. So together they tend to believe that without the drug(s) (often for the rest of their lives) they will die and the side effects are better than death.  Little do they know that there are whole foods, roots, spices, and herbs that can heal and help without the evil “death” effects. Many are opting out and going in this direction.  Choosing a healthy whole food with fat and no sugar lifestyle diet for the rest of their lives over pharmaceuticals.  Yet, western medicine poo poo’s natural healing and therefore prescribe drugs with harmful side effects that many die from.

So with all the outcry and education on health, and the downside of Big Food, GMO’s, Pesticides, toxic chemicals, and drug side effects, many people are taking control of their diets and waving good bye to government nutritional bla, bla geared toward profiting the Big Food and Big Pharma.  industry.
https://www.youtube.com/watch?v=Gd22QAG9Gxc
So right on the heels of public awareness and the voice of the people demanding no more GMO’s and Big Pharma, the elite have a new ace in the hole to finish their depopulation explosion.  Presto – enter stage left – the new 5th and 6th Generation of cell phone/cyber technology!  The average citizen of the world is on a hamster wheel trying to get healthy all the while the globalists are observing each one of us as they pay their pipers (scientists) to perform deadly experiments on humans in live theater. It’s amazing how many still foolishly believe scientists only do their extreme experiments in a lab on mice. Even more disturbing in all the cancer studies looking at how the body works and food, very little if any studies are done on how electro-magnetic fields and radiation emitted from cell and other smart towers are making us sick.  Trust me if it is killing birds and bees, it is harming us! 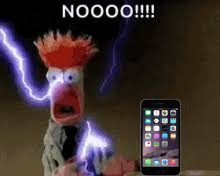 Following the example of leading Cardiologists and doctors who are exposing the dangers in our food, water and pharmaceutical supply chains and the misinformation that accompanies it, there are leading  Silicon-valley engineers turned technology health advocates, like Jeromy Johnson.  Jeromy and others like him are sharing the truth about cyber wireless technology and the health hazards it holds.

Finding a safe place to live is now very hard… it makes one think twice….”Is this all part of the plan to move people into key restricted locations?  Part of the Wilderness Act?  Are they using these destructive forces in a silent weapon to kill, steal and destroy in order to displace people and relocate them where they want them?”  Nah ….. they would never do that.  Besides, don’t believe what you read on the internet, right? After all there’s a lot of conspiracy theories being pushed out there, right?
You can question all this after the masses start dropping like the birds in the sky.  But by then, it will be too late.
Dianne