THE GLOBALISTS ARE COMING FOR YOUR MEAT! - The Marshall Report Skip to the content

The globalists are coming for your meat – they want you to believe it is as bad for your health as smoking. Will you buy into their pseudo science to push their Sustainable Development Agenda 21 goals masterminded by Maurice Strong?

This is not a new debate at all, the rabbit hole this came out of goes back to 1972 when Maurice Strong helped introduce phase one of how to rule the world and turned it into a fire breathing monster at the Rio Earth Summit of 1992 where he laid out the big roadmap toward globalism, depopulation, and how to achieve their one world government. 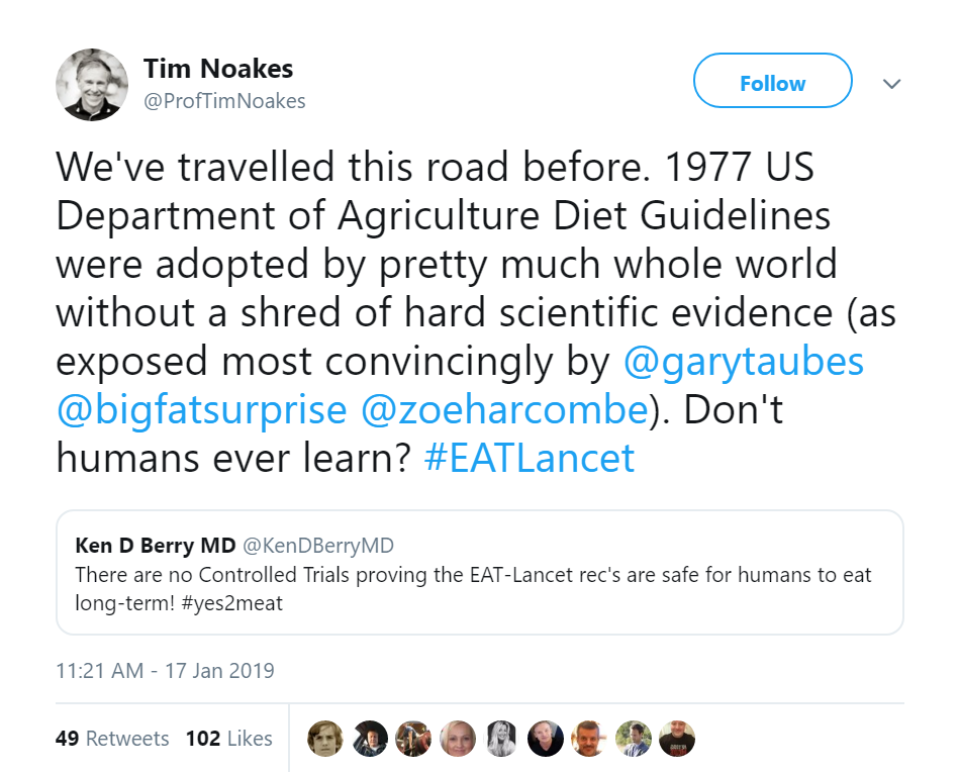 Strong’s life work was focused on a one world system that armed the UN with a tight fisted, tyrannical arm with iron mallet in hand, hammering away at all global affairs to bring all nations into the fold. To achieve this his focus was on creating and assisting crisis-ridden capitalisms, with environmental alarm – Strong’s work was the birth mark of all the “SAVE THE PLANET AND GO GREEN, be a VEGAN, save the smelt, smart meters, and all ‘UNSUSTAINABLE” PROJECTS” designed to control the masses and depopulate the earth to a sustainable number. A number of which they are still toying with. Bill Clinton had stated in a speech that the world population sustainable number was 500 million people. With that ball park number, it translates that around 7 billion of us have to get off planet earth.

Starting with the Stockholm Conference in 1972, Strong managed to establish sustainability as part of an international development agenda and became a key member of a long list of organizations, of which many now constitute… the EAT-Lancet constellation who is now on a mission to take away meat from the world population’s diet and force their “soylent green” agenda on the masses.

EAT is a global, non-profit startup dedicated to transforming our global food system through their idea of sound science, impatient disruption and novel partnerships. (following Strong’s guidelines) According to their website, “the EAT-Lancet Commission on Food, Planet, Health brings together more than 30 world-leading scientists from across the globe to reach a scientific consensus that defines a healthy and sustainable diet”.
As all New World Globalist propaganda, they claim the road to a plant-based future is paved with good intentions… and business calculations.
In reality it is a powerful push to shift global diets by discouraging animal products. It is fuelled by large budgets and will be mediatised for a long time to come, scheduling more than 30 events around the world. The new push is to make meat as bad as smoking.
DON’T FALL FOR THE MOB MENTALITY WHERE THE MASSES ARE BULLIED INTO SUBMISSION.  TAKE A STAND FOR WHAT IS TRUTH AND PUSH THE PROPAGNADA PUSHERS OUT!
https://www.youtube.com/watch?v=3zmLedLryPE
https://www.youtube.com/watch?v=LlksJMibE_s
https://www.youtube.com/watch?v=lwyQ2kiyrNc
https://www.youtube.com/watch?v=9nh7LACX_ew
A recent article titled, “The EAT-Lancet Commission’s controversial campaign – A global powerful action against meat?” By Frédéric Leroy, Martin Cohen, asks the question –
“Will 2019 be remembered as the year of the EAT-Lancet intervention, arguing for a planetary shift to a so-called “plant-based” diet? Isn’t it remarkable how meat, symbolizing health and vitality since millennia, is now often depicted as detrimental to our bodies, the animals, and the planet? Why exactly is the minoritarian discourse of vegetarianism and veganism currently all over the media?”
The article states, “The danger is that the overstatement of certain concerns will result in an anti-livestock narrative, create a false impression of scientific consensus, and do more harm than good in a world in need of nutrient-rich meals and sustainable food systems.”
“Christiana Figueres, former Executive Secretary of the United Nations’ Framework Convention on Climate Change (UNFCCC). She has compared meat eaters to smokers – who likewise were once role models but later became pariahs – and believes that they should be having their meal outside of the restaurant. Or Harvard’s professor Walter Willett, who has claimed that one on three early deaths could be saved if we all gave up meat, and Oxford’s vegan researcher Marco Springmann who has called for a meat tax to prevent over “220,000 deaths” and save billions in healthcare costs.”
“Comparable “meat-is-bad” narratives are spread by authorities as the World Wide Fund for Nature (WWF) and the World Health Organisation. An editorial in The Lancet (“We need to talk about meat”) centred on the advice that meat eating should be reduced to… “very little” and concluded with a cryptical message: “The conversation has to start soon”. But hold on, is it a conversation or a lecture?” 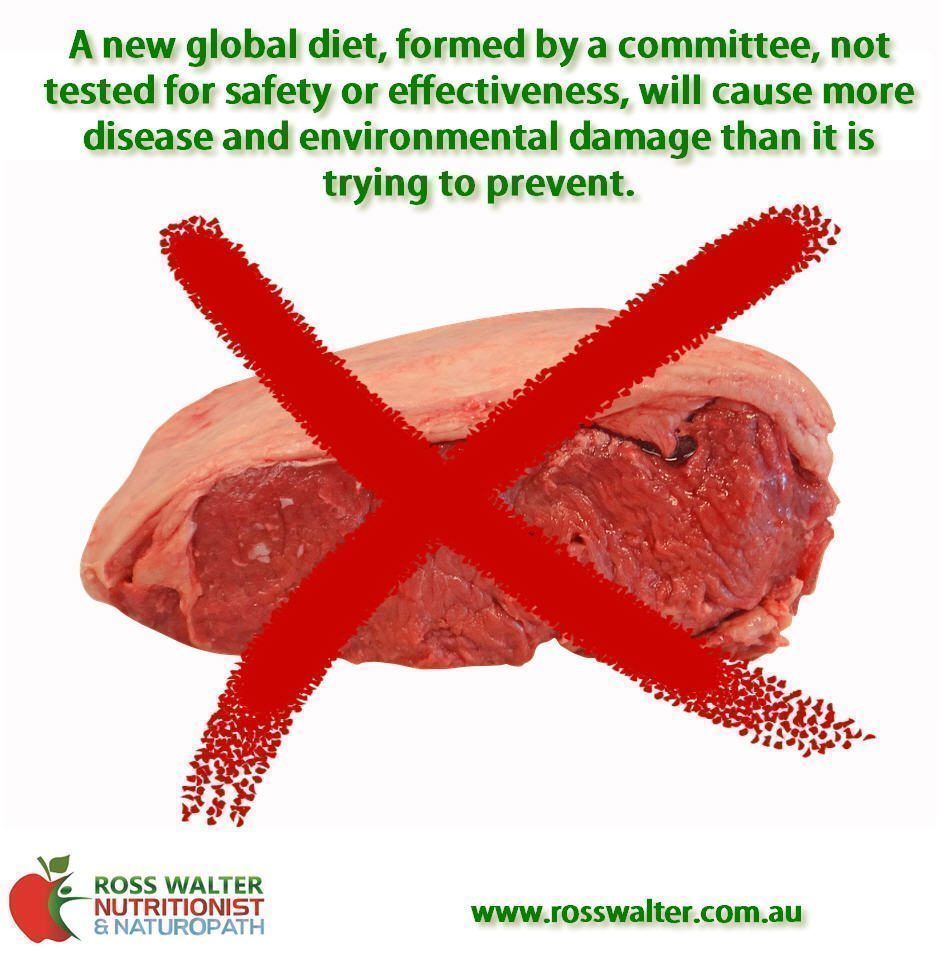 They will never tell you that the entire “MEAT IS BAD” campaign, along with all the unsustainable “Go green and save the planet” jargon originated from Maurice Strong’s work to bring about a one world order to control the masses.
Another excerpt states, “EAT is closely working together with another food campaigning group called the Barilla Centre for Food and Nutrition (BCFN). BCFN defines itself as an “independent think tank”, even if the owners of the pasta giant Barilla are on its board of directors. The authors of a study promoting BCFN’s double food pyramid have declared that they acted “in the absence of any commercial or financial relationships that could be construed as a potential conflict of interest”. The model discourages the eating of meat and recommends… cereals. The more critical issue here is how something that resembles a marketing tool can end up as a scientific instrument for global policy development? And become part of a Memorandum of Understanding with the Italian Ministry for Education, to be presented as an “educative project” targeting primary schools?
“Social engineering” via the Shift Wheel, or: how to direct the public toward fake meat?
Taken together, EAT seems to have all it takes to implement its global agenda. In January 2018, a multi-stakeholder event was organised in Davos, to “improve synergies and accelerate progress” of food system change.
“The strategy was clear: market forces have to be shaped, consumers redirected. This is a task taken up by the Food and Land Use Coalition, an umbrella organisation where the broader strategic lines are divided between EAT, WBCSD, GAIN, IIASA, and a crucial EAT partner: the World Resources Institute. The WRI is funded by several governments, companies, and foundations (e.g., Ford, Rockefeller, Open Society, Bill & Melinda Gates, Shell), aiming to interfere in society at large. Particularly intriguing is its focus on something called the Shift Wheel in one of its working papers, as “a new framework based on proven private sector marketing tactics”. Some suggested options are to “disguise the change”, open up “new markets”, and make meat “socially unacceptable”. Potential interventions are familiar (in order of increasing compulsion): influencing nutritional labelling and dietary guidelines, 30-day diet challenges, taxing meat, and… removing meat from restaurant menus.”  Read Full Article: The EAT-Lancet Commission’s controversial campaign – A global powerful action against meat?
This is not a new thing, it is a long, well thought out evil plan that has been growing since Rio in the minds of globalists.

It was blatant and bold and never hidden from those who rule the world.  It was only downplayed as conspiracy theory to any of the masses who questioned it.  For those who had no knowledge of this, here are Maurice Strong’s chilling words he used for the opening session of the Rio Conference (Earth Summit II) in 1992, that pointed a very evil finger at industrialized countries like the United States for benefiting its’ citizens with the freedom to make lifestyle choices:

“Developed and benefited from the unsustainable patterns of production and consumption which have produced our present dilemma. It is clear that current lifestyles and consumption patterns of the affluent middle class—involving high meat intake, consumption of large amounts of frozen and convenience foods, use of fossil fuels, appliances, home and work-place air-conditioning, and suburban housing—are not sustainable. A shift is necessary toward lifestyles less geared to environmentally damaging consumption patterns.”        Maurice Strong
Read more here.
There you have it folks. The truth behind the anti-meat movement. Now I ask you, being armed with knowing that….what will be your response?
Dianne