In this close up the metal piece is clearly seen in front of and just below the calf of Hillary’s pant leg.  Why are the reports saying it is falling OUT FROM her pant leg?  This sure looks like it could be a hand cuff key.  Watch the video below and see it hit the ground and ping off to the left behind the barrier. 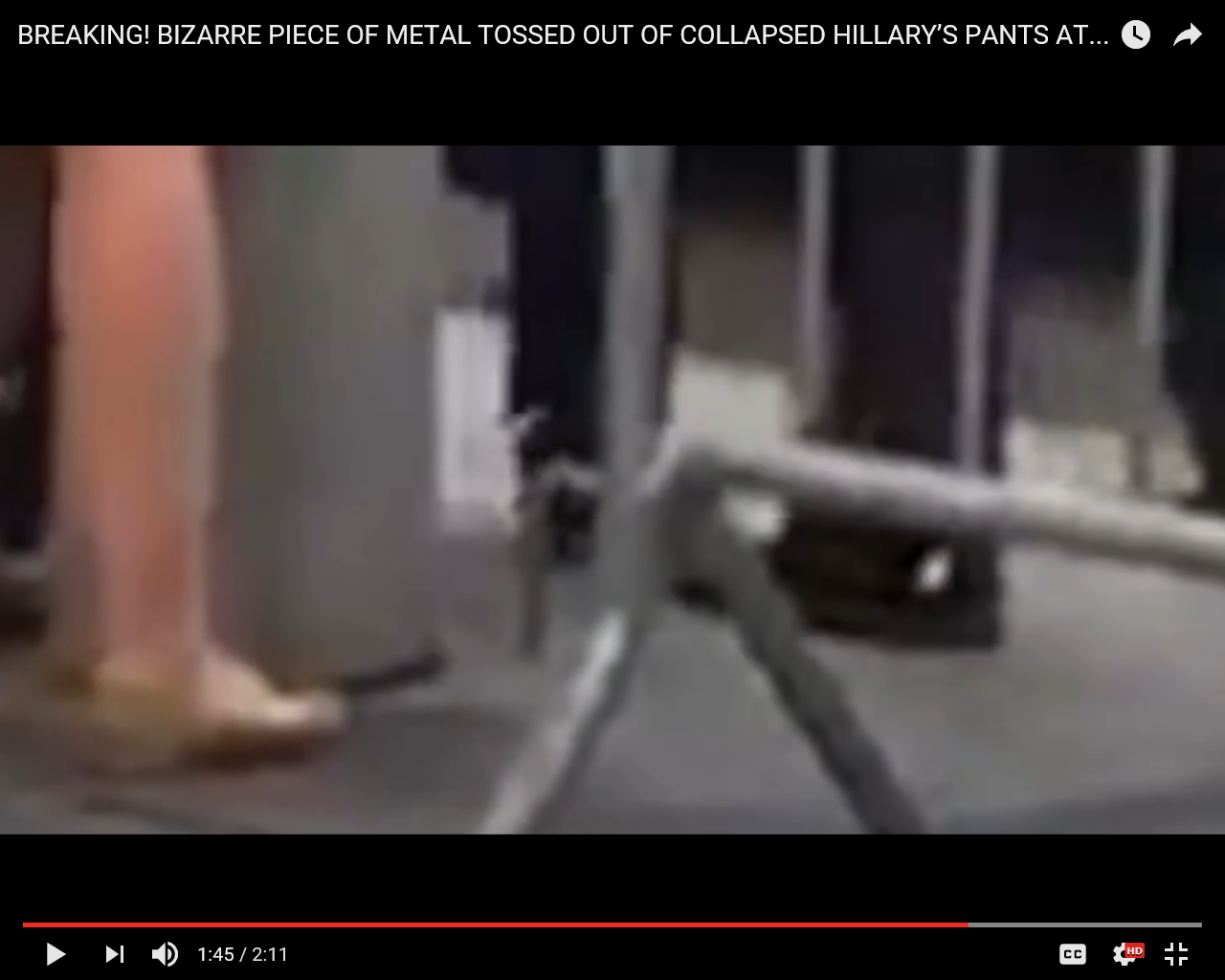 NOTE: In this video at exactly 46 seconds in…you will see her arms are both behind her back and appear to be locked together like she is hand cuffed. Pause it and look!!!!

From this evidence, Hillary appears to be cuffed, and the metal piece that could be a key was not falling out from her pant leg but falling against her blue pants from above….so why?  Could it be that when she was unable to walk and falling she was uncuffed and in the scuffle the key fell to the ground?
Up to this point, Hillary’s hands were behind her back.  It all happened in seconds and unclear to the naked eye.
So, one of the questions to ask is…why would they do this?  Why were her hands behind her back?  Did she stress out and seizure when they tried to put her in the van?  Why did they have her standing with her hands behind her back while her so-called nurse had a death grip on her arm?
Then there is always the question – was this Hillary?  Why if sick is she manhandled?  She is Hillary Clinton for heaven’s sake!!
Dianne