HILLARY DOES THE 'PERP' WALK! IT APPEARS SPECIAL FORCES HAVE MADE AN ARREST! - The Marshall Report Skip to the content

It appears we are seeing someone who does not want to get in the new Scooby van.  A van that doesn’t have her special stuff in it.  Face it folks there is no way Hillary would allow her secret service and special handlers to put her in a van with her hands tied behind her back!  THAT JUST DOESN’T HAPPEN WITH HILLARY!  Nor would they even dare to try it! 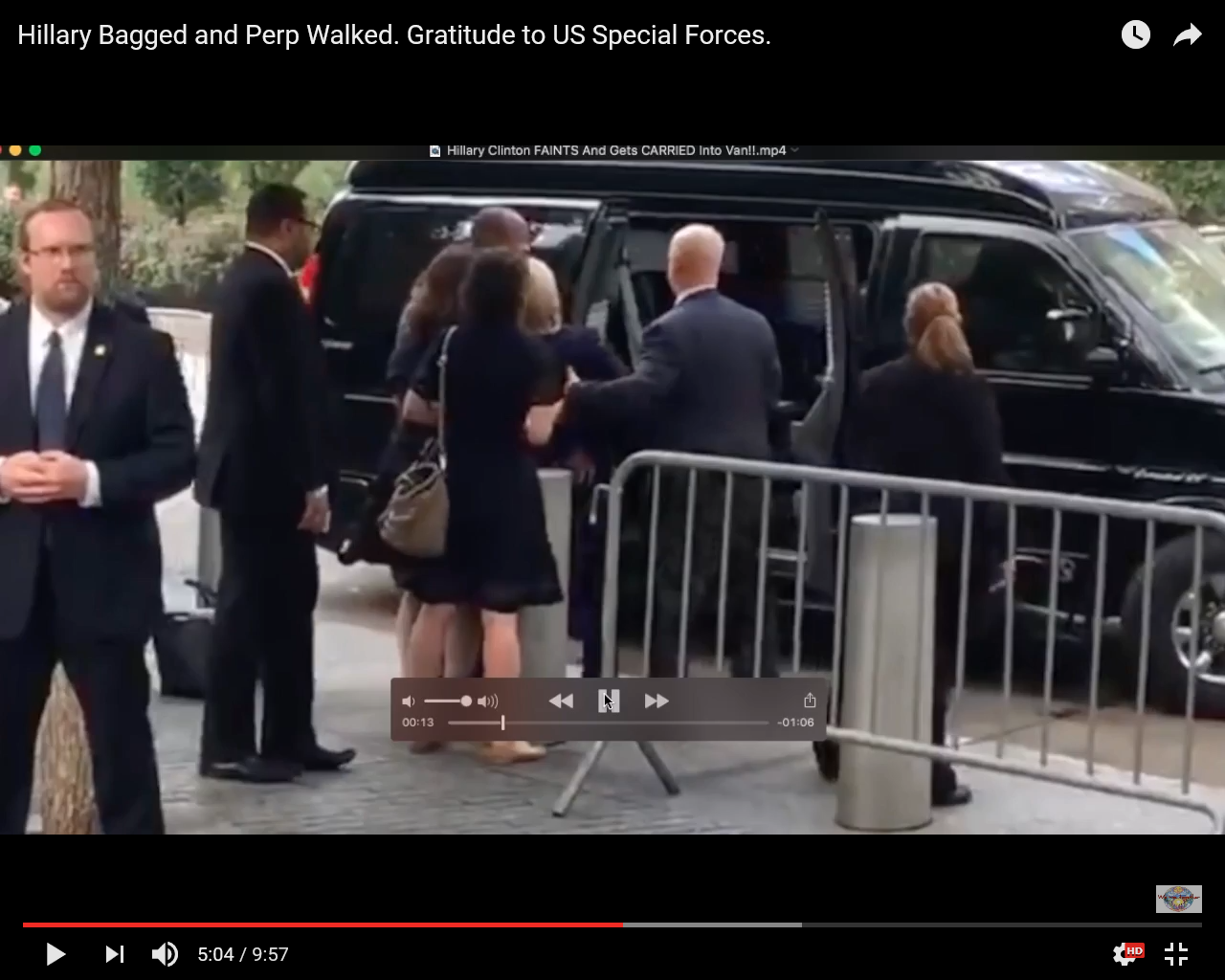 So we have a new angle from Cindy  Kay Currier who did her own You Tube scoop on Hillary’s arrest titled “Hillary Bagged and Perp Walked.  Gratitude to US Special Forces.”  It’s a must watch!
https://www.youtube.com/watch?v=CLue7LYP5Oc
Very interesting….I agree with Cindy except on who the Black man is.  It is not her doctor, this man is more fit and has different facial structure.  Hillary’s doctor is a bit plumper and has a more rounded face.
Compare man in video with photo below: 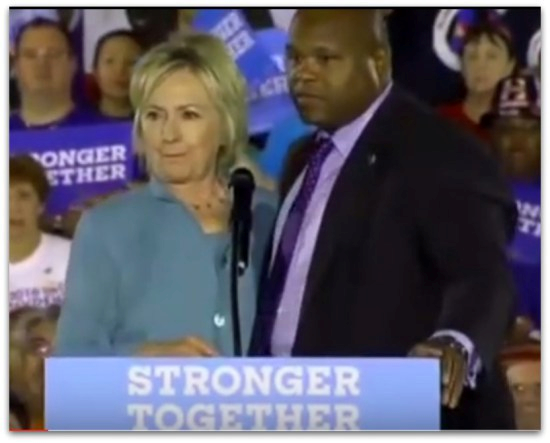 I was wondering how she walked briskly to the drop off curb and had to wait 2 or more minutes with her hands behind her back until secret service showed up.  When they did they were rather forceful.
Others are catching on too.  See video below.

It makes sense to arrest her at an event like this with a full media ‘press force’ present. They would only need to whisper to her, “You are under arrest. Come willingly or it will not be pretty. We can read you your rights here or over there. It’s up to you.” or….”There’s a security threat against you. Come with us.” She would definitely get up and leave with them early.
So while Billy boy now tells the world Hillary has the flu, and the DNC is scrambling- stalling for time to figure out what to do…..it sure appears Hillary is in custody somewhere.  If not….this is one heck of a campaign stunt.
Have a great week!  It’s about to get real interesting.
https://www.youtube.com/watch?v=SCXplzPLVwU
Dianne