Skip to the content
A few hours earlier what was most likely an intentionally leaked story made its way to D.C. Whispers regarding an alleged early-morning response by an already impeccably dressed and coiffed Donald Trump to one of his most trusted advisers who upon seeing his boss seated in a chair asked him, “What now?” 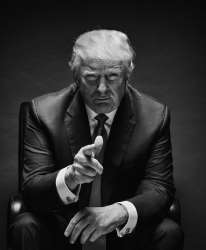 Trump’s eyes flared as he looked up with a jaw tightly clenched. His mouth turned into an almost-snarl that was as much an affirmation of his refocused confidence as it was a declaration of intent.
“George…WE WIN.”
Read more at https://dcwhispers.com/#1XqSXt8B35POtVLg.99