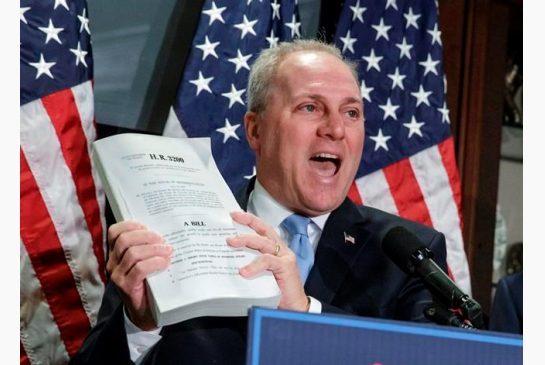 Are we actually seeing an attempt from the Deep State to push back against the Trump Administration’s take down of the Pedophile Syndicates? When the pieces fit together so perfectly, it is time to examine the individual pieces once again. Yesterday’s tragic shooting of Congressman Steve Scalise in Alexandria might be much more then we are being told. Universally across all media spectrums we have been given a Bernie Sanders supporter in James Hodgkinson, interesting how none of these attacks seem to come from a Clinton supporter, who sought out random Republican members of our government to shoot. His social media pages outline his political views for us, motivation understood, essentially case closed. All very conveniently. Blame the left for their calls for violence. Nothing more to see here, move along now. 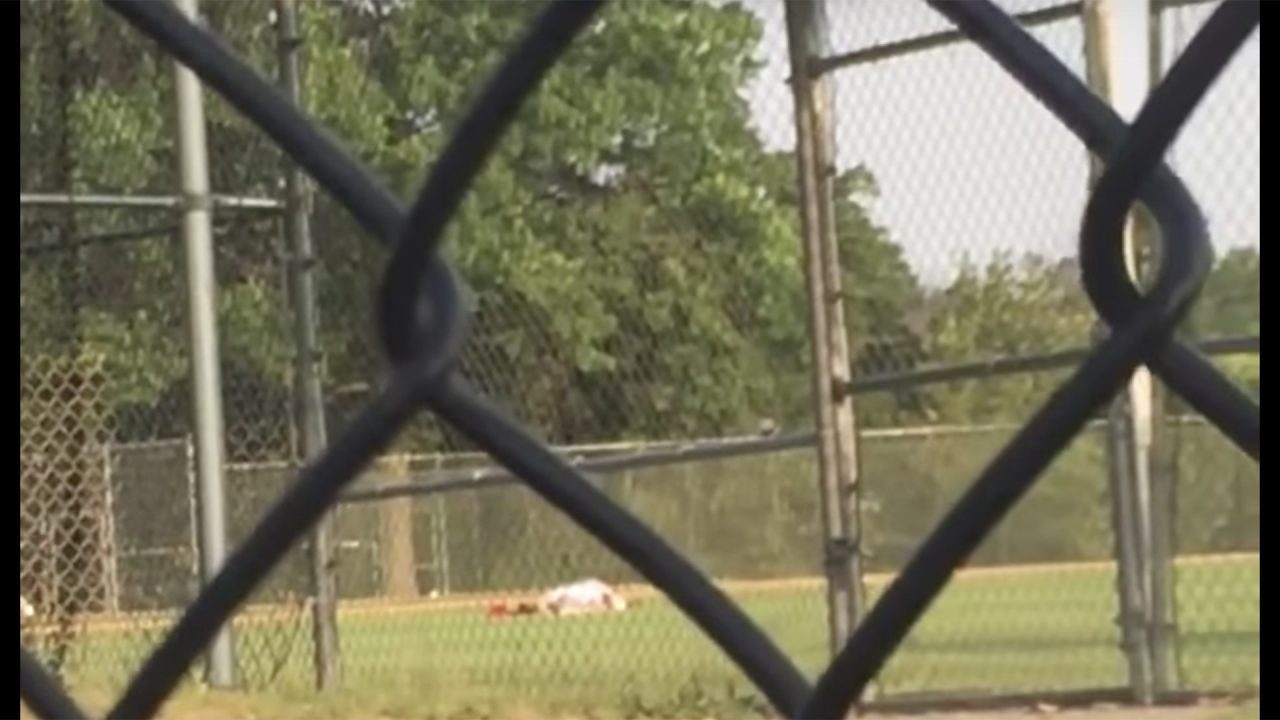 First and foremost an examination of Hodgkinson shows blatant signs that he could have been a Pedophile, thus a person easily blackmailed and forced to do something, forced to participate in something. Thoughts of Oswald have to come to mind. Next we have the DC Police Department, under a microscope just now for their complete failure to investigate the murder of Seth Rich, they immerge as hero’s in Alexandria. Very convenient. Looking closer into our victim, Congressman Scalise, he has been both instrumental and vocal in joining the Trump Administration’s fight upon Human Trafficking (which indeed is the attempt to rid our country of these horrific Pedophile Syndicates). So out of everyone present, we are to believe that Hodgkinson just happens to shoot Scalise and of course this also occurred on the birthday of our President. If it walks like a duck, quacks like a duck… You get my point, this has ‘SEND A MESSAGE’ written all over it. 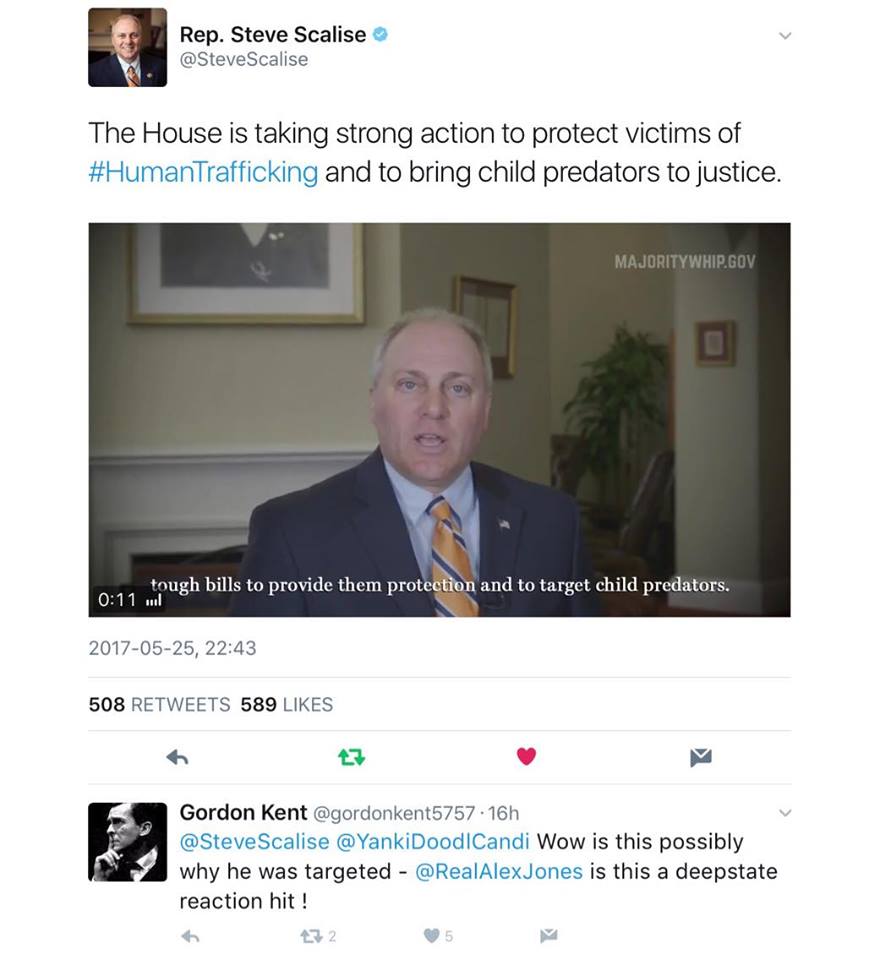 I have had numerous conversations with people regarding who needs to be arrested, prosecuted, convicted in order to get our country back and a chance to truly have transparency in our government. While some will advocate for going after those who covered up a specific event such as Benghazi, Ukraine, Syria, 911… My response is always the same : Take down those in the Pedophile Syndicates and you take down those responsible for everything.

#PedoGate is what the Deep State / Shadow Government, call it what you will, fears the most. The Satanic Pedophile Syndicate in Washington DC is the root of all evil in our government. Even in a darkened room that should be clear to everyone. John Podesta, Tony Podesta, David Brock, Chuck Schumer, Lindsey Graham, John McCain, indications are that all these men are involved, we are talking both sides of the aisle, currently serving Senators and many others. Take down those in the Pedophile Syndicate and you defeat the Deep State and truly drain the swamp.