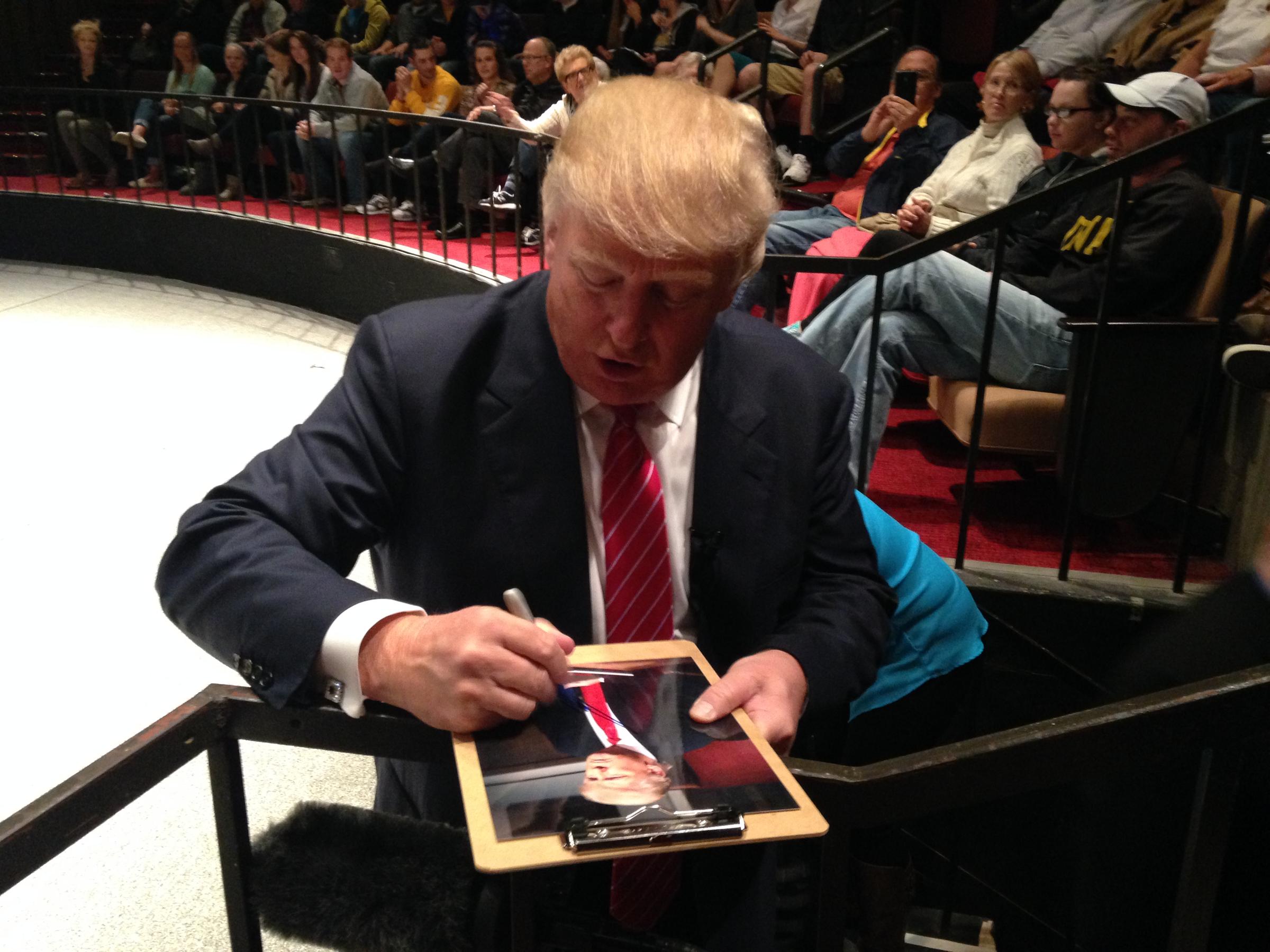 Hello America – where is your attention span?  Many are saying “Oh no this is a bad move for Trump”.  I say it is a bold, new move that had to be made and I applaud The Donald for having the moxie to make it!
I have said for a while, these debates are nothing more than real time Saturday Night Live skits.  I actually said that on Daniel Ott’s Radio Show – The Edge.  Why on earth would anyone put up with more disrespect, and more lousy script writing by satire comedy hosts who call themselves journalists and commentators?   There comes a time in the heat of an obvious all out establishment war against the front runner of the people’s choice where you just want your leader to do something …..just something that  will blow the liars and boasters out of the water.
Imagine if this were a movie  (I am sure it one day will be) and in this movie you have been watching the star of the show “Trump” go through brutal digs, lies, mocking, and  blasphemous incoming from every direction….leading up to the National Review throwing their barf bags at him, you know that brown paper rag they call political conservative literature. Then you see the villains in the town halls staring Glenn Beck and Rafael Cruz….having nervous, anxiety melt downs begging and pleading with pastors to tear up their 501(c)3 status to help illegal Canadian Cruz have a shot in winning Iowa so their “Big Oil and Bankster” donor money pays off.
Just when you see the hero Trump coming through all the blazing inferno of establishment bon fires….you think all is well and BAM – here comes another slap in the face from the comedy central GOP debate hustlers.  Secret weapon Megyn Kelly, and Roger Ailes have a letter of disgusting diatribe that they think is cute and clever.  Now in the film, you have to think of something absolutely astounding and off the wall…out of the norm….after all the entire movie has been off the wall almost Sci Fi up unto this point.  So….yes…write the script to do what no one has ever done before.  Screw the GOP, Fox and all the donor dogs slurping on the gravy train from their show horse Trump.   Let Trump hold his own event simultaneously – let him sell the ad spots – let him make the money and finally give it to the vets and wounded warriors like he has been asking  for the media whores to do all along.  It is genius….the audience will go wild – they will cheer and shout – way to go Trump! Hurry….In the end it’s an Oscar Award Winner!
Now that would be the reaction to movie goers…and trust me…reality TV will be cheering even louder!  So hold on to your seats Trump lovers….history is about to be made.  The Donald is about to do what no one has done before….and it is the right thing to do. It has red carpet written all over it!
Dianne Marshall
Here is a copy of the Campaign Statement that the Trump Campaign released regarding Trump’s decision to not partake in their so-called debate, it is very appropriate, every bit executive and very presidential. 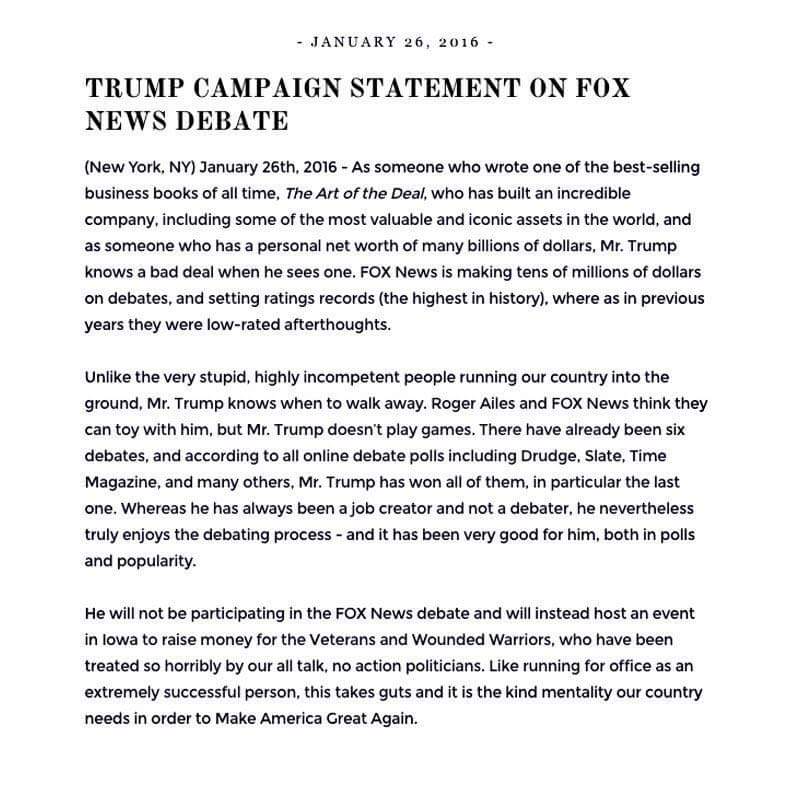