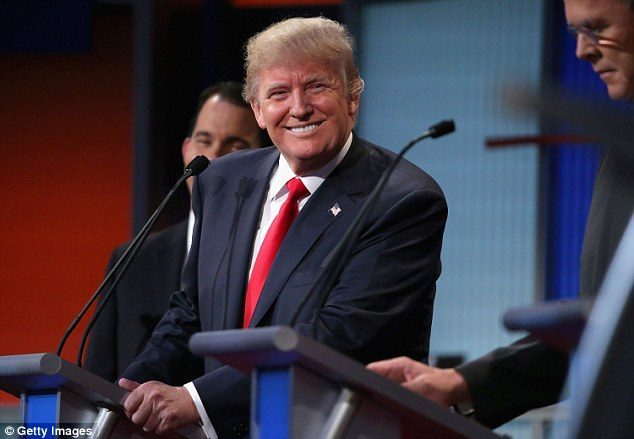 Trump owned the press and shocked reporters at a Marshall Town, Iowa Rally when he stated at a press conference that he is not doing the Fox debate. Stunned reporters asked why? Trump was very presidential as he firmly articulated that Fox is playing games. “Fox is going to make a fortune,” Trump said, “I’m not a fan of Megyn Kelly, I think she’s a “third rate” reporter. I don’t think she’s good at what she does. They could do a lot better than Megyn Kelly, so I’m  going to be making a decision with Fox, but I probably won’t be doing the debate.  I see they picked me as number one, not only number one, number one by far. But probably I won’t be doing the debate.
“I’m going to have something else in Iowa where we raise money for the veterans and the wounded warriors. We’ll do something simultaneously with the debate.  But most likely I’m not going to do the debate.  I didn’t like the fact that they sent out press releases toying, talking about Putin and playing games. I don’t know what games Roger Ailes is playing or what’s wrong over there, somethings wrong, but, when they sent out that press release talking about…I said…what are these people playing games?  So most likely I won’t be doing the debate.”
A reporter asked if there was a chance that he would change his mind. Trump gave his board room look and stated,  “You see the point is, with me they’re dealing with somebody that is a little bit different. They can’t toy with me like they toy with everybody else. So let them have their debate and let’s see how they do with the ratings. And I told them, I said give money to the wounded warriors, give money for the veterans- they’re gonna make a fortune with the debate – NOW LET’S SEE HOW MANY PEOPLE WATCH.
“We’ll have our own event, we’ll raise some money for the wounded warriors, we’ll raise money for the veterans, but when they sent out those WISE GUY press releases a little while ago?  I was all set to do the debate.  I came here to do the debate. When they sent out the wise guy press releases a little while ago, done by some PR person, along with Roger Ailes…” Holding his arms up and out, Trump emphasized, “I said by- by.”  Ending with a  strong Jerk nod Trump added, “okay!”
Another reporter asked, “Are you afraid to debate?”  Trump quickly said, “Na-na- na- na, just so you understand, I’ve done six debates. I’ve done six. According to every single poll, I’ve won every single debate. And probably the last one more than any of them. So every single poll has me winning every single debate. I’ve done six of them and now you say, when does it stop?  How many debates do you have to do?  The democrats are finished with their debates. ”
Trump asked the reporters if that was correct, they agreed. Then Trump zinged them with one of the best critiques possible, “We have people on the stand that have zero, that have one, that have nothing, so it’s time that somebody plays grown up. And then when I see a press release written by a child like I just saw…I said why do I have to do it?  Why do I have to make Fox rich.  Let me make the wounded warriors rich.  Let me make the veterans rich.”
So it sounds like he is going to get some of that advertising money for his own event and donate it to a great cause. If Trump follows through with this, meaning if Roger Ailes doesn’t come begging him back,  it will definitely be another historic first.
When questioned on Cruz, Trump was firm that he was not legal to run for president and pointed out that the first thing that was going to happen, if he ever got the nomination, which he didn’t think that was going to happen but if it did, the very first thing they would do is sue him because he is not eligible to run.  He’s not natural born and several have told him it is a settled matter -“He’s not able to run.”
Watch here to see entire press conference and rally:
https://www.youtube.com/watch?v=X5gXgZ_p1kY
Dianne Marshall