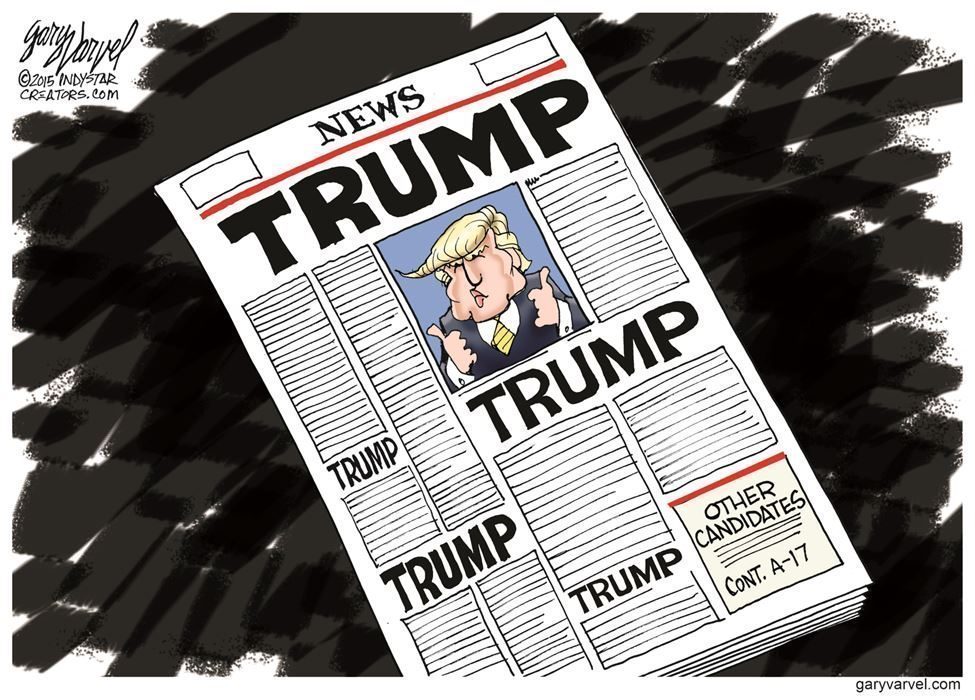 Will someone please tell the media – Trump is the Frontrunner and he’s not going anywhere except to the Oval Office!?   Do they watch the news at all?  Do they read any polls?  You would think the media and the pundits who are scared to death of a Trump win would pick up some real news pieces once in a while to at least read the headlines?  Or at least take to social media and notice the TRUMP is still number 1 with the people’s majority and exploding with support!

It’s really not that hard to find out that TRUMP IS WINNING!

Wouldn’t you like to see the media do a story on why the GOP still has so many 0 to 1 percent losers still in the race?  I think it’s time to ask these guys why they are making such fools of themselves.   No matter what they lie about – no one is drawing the crowds at their events like Trump is!