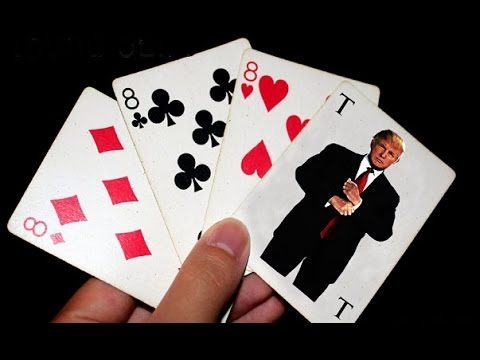 When all the other candidates are folding at 0 to 2 percent in the polls, and others are drawing new cards to get a better hand….Trump is holding and calling their bluff.

And right when Trump was winning the final round, the media switched the deck.  Trump played out his hand and kept winning the pot, but he didn’t like card sharks hedging the game.

So this time around, Trump brought his own deck to the table.  He made the media cut and now he’s ready to deal out the next hand.

As they say at his campaign headquarters, “LET #TRUMP BE #TRUMP!”   HE KNOWS HOW PLAY A GOOD HAND  AND HE DEFINATELY KNOWS HOW TO WIN!