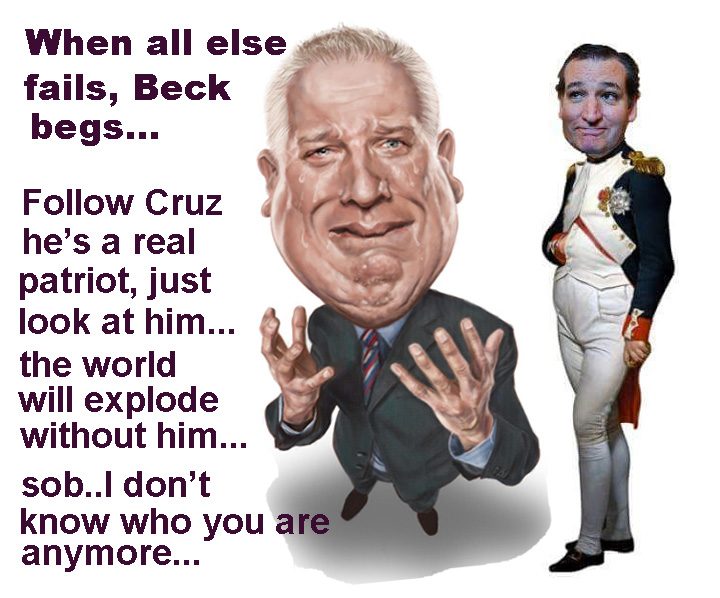 The national review is the ghost writer for the globalist elite who desire a North American Union and are willing to prop up a failed magazine with donations in order to spread propaganda and keep political wanna be’s in line with the New World Order global ideals. They have turned into a bed of vipers and have done zero to end any of the bureaucratic programs that are crushing America.
If it had gone unnoticed in the past, it is now blatantly obvious that these political whores are the frontrunners of the super PACs.  They follow the marching orders of the establishment elite who dole out the donor money and dangle promises to republican candidates like a carrot on a stick .  Who will get their nod of approval? Those willing to sell their souls to say and do exactly what the great merchants of the earth desire, and believe me there are plenty of these such soulless who are standing in line for the opportunity to chomp away at that carrot. Especially Canadian born Ted Cruz.
These political pundit hacks are paid pacifiers of propaganda to keep those with morals and values in line. Pretenders of supporting what was once deemed to be conservative, these corporate paid hacks have done nothing to get out and push their political personas to do anything but allow the agenda to continue. That in and of itself is evident for in the last 30 plus years they have done nothing to stop big government and everything to allow it to grow! Exposed they are for the liars and deceivers they HAVE BEEN AND ALWAYS WILL BE. I call them new world order gate keepers.
Like any deal with the devil, once you agree you can never go back. Trump has made no such deals with any of these minions of evil.  He has stood up against them all.  That is why I am standing with Trump and ready to vote him in as the next President of the United States of America.  ARE YOU READY FOR A LEADER?  VOTE TRUMP IF YOU ARE!
Dianne Marshall