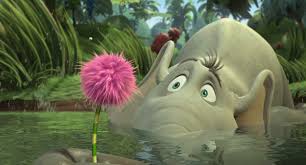 It doesn’t matter if the “GOP’s  Horton” hears a WHO or not.  ‘We The People’ are shouting!
There is no longer a party in politics. There is a VOICE OF THE PEOPLE!  Those who heed that voice will be hired. Those that still believe  the people serve them and their crusty career ambitions are simply delusional and in denial!  Let them all fall blindly by the wayside. There is no conservative WHO, no leftist WHO,  no minority WHO,  no ANY WHO that has a voice any louder than the tiniest of them all – and just WHO is that?  THE EVERY DAY, AVERAGE,  LEGAL AMERICAN – that’s WHO!
WHO does America want as president?  DONALD J. TRUMP – THAT’S WHO!  The question is…WHO is hearing WHO?
Dianne Marshall