THE GOP HAS BROKEN ITS' CONTRACT! - The Marshall Report Skip to the content 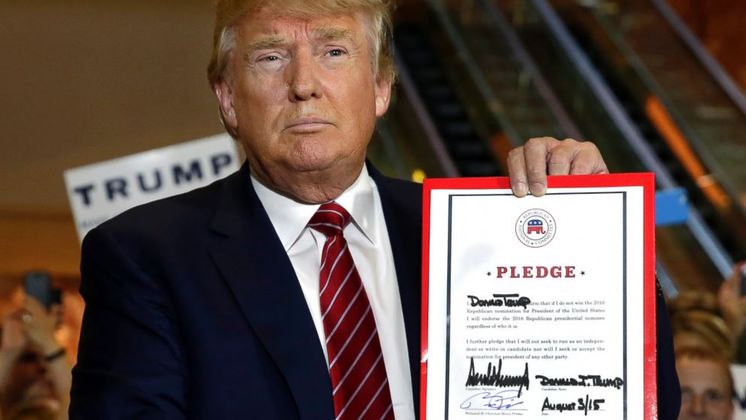 It’s all over folks.  The GOP has openly, blatantly, in our face and shamelessly broken its’ agreement pledge with Donald J. Trump.  Holding “NEVER TRUMP” public campaigns is not being treated fairly.  Changing rules as you go and denying Trump delegates to vote is not fair…in fact it is VOTER FRAUD! The GOP may have a party but owning a party does not make them above the law of the land.  Fraud is fraud and voter fraud is a felony.
So what can be done when the entire system is lawless?  There is only one thing the people can do.  The people must stand up against it and take back their right to vote.  As far as I am concerned there is no GOP PARTY, there is only the ESTABLISHMENT ELITE being EXPOSED AS CORRUPT!


It is not just the GOP, it is also the establishment elite controlled Democratic party that is stealing delegates from Bernie. The entire system has been exposed for the sham it is and the media have lost track of how to talk about the corruption in any manner that sounds sane or logical.
So what can be done?  We the people have not changed our rules and our rules apply in spite of all the lies, deceit, and fraud. THE PEOPLE WILL HAVE THEIR CANDIDATE!  The movement to rebuild and restore is underway.
Dianne Marshall