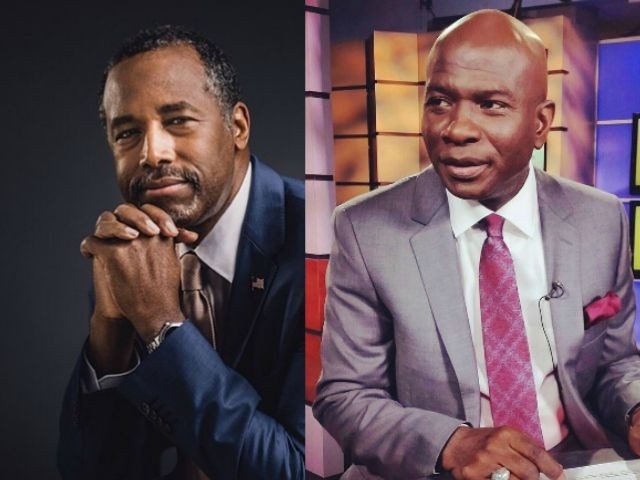 Why is a key adviser to Ben Carson, Armstrong Williams,  unbeknownst to the good doctor’s supporters, highly praising Louis Farrakhan — even urging Chicago to hire Nation of Islam security guards to fight crime? Why isn’t Carson asked about this?  Does he speak of this or other ideas Armstrong Williams has on the campaign trail?

While the mild mannered doctor who has somehow turned his life around and now supports conservative values and ideals, he still surrounds himself with those of liberal and very far left extreme ideals.  Why?

There is an old saying that we are known for the company we keep.  Why is Carson held exempt from scrutiny over such key advisors? Isn’t this another replay from Obama’s spiritual advisor Rev. Wright?  Is this another “just a crazy old uncle” kinda thing?  Or is this more of the same?

Are Carson supporters aware that  his key advisor, Williams had promised to broadcast his radio show live from the Farrakhan Nation of Islam’s 20th anniversary Million Man March a few weeks ago?  He recalled, “It was a moving experience [in 1995], so I want to be there AGAIN.”

Will any supporters ask Carson about this?  And when/if they do what will he say?  Will he rationalize it or deny it, or simply say he is not his brothers keeper?  Williams and Carson have been LIKE ‘BROTHERS,’ for 22 years. When asked about their relationship in August, Dr. Carson stated, “it’s a package deal, no question about it.”