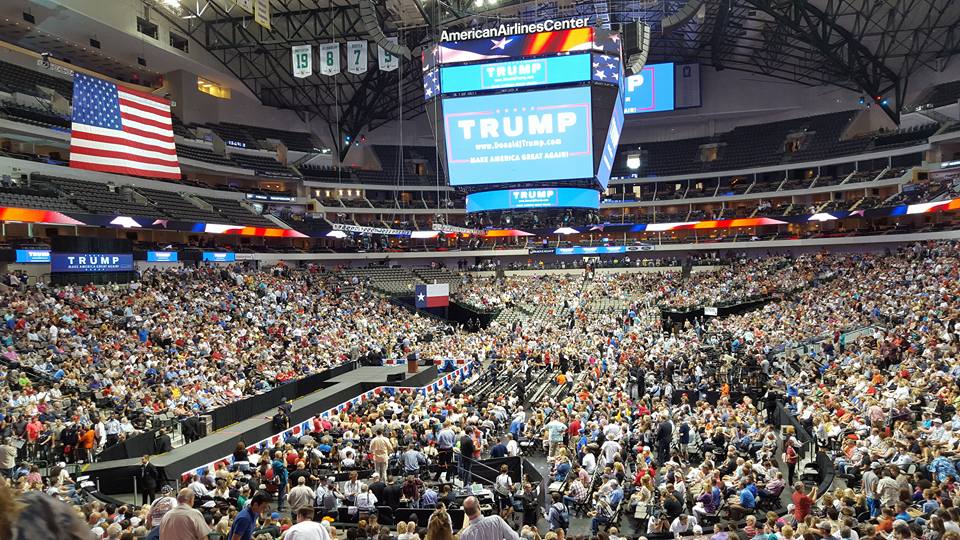 Every move Trump makes to protect America is followed by a scream from some pundit -“He’s destroying the GOP!”  Well, if the GOP has a platform that mimics Hillary Clinton with a touch of Bernie Sanders – there is no GOP.  What they have created is a red progressive RINO party.  Therefore, it will self destruct for it is the twin sister of Saul Alinsky!
It is almost as though, like a slow boiling frog, usurpers have entered in and little by little leaned a little more left, a bit more progressive and the only real difference between the GOP and the Democratic party is the logo.
Where is the outcry to save America?  To make her great again?  Does any body other than Trump and Trump supporters care about that?
While the republican rhetoric is “Trump will destroy the GOP!”, they fail to see the uniting that is taking place across the nation.  Trump has given hope to all Americans, black, brown, yellow, white, and polka dot.  All the many ethnic groups that make up America, and yes – even the Muslims who want to integrate into our constitutional republic.
People need jobs, they need safety, they need a government that works for them, not one that herds them into corners.  Not a government that seeks to control them or sell them out to a new world order.
The GOP is just as bad as the democrats when it comes to sitting behind closed doors thinking of ways to lure minorities into their voting camps. They are as artificial as  “Sweet and Low”  and just as damaging to themselves as that is to one’s health.
They can all take a lesson from Trump.  Trump has spoken from the heart and laid his platform on the table.  He has said what he thinks, and what he wants to accomplish.  By being honest and blunt, with no apology for his stance, Trump has attracted all the voter segments that the GOP has dissected, placed into groups and studied under their Harvard microscopes, all the while failing to attract.
Let it be known that the immature and ruthless attempts made by the establishment media, the GOP and all their candidate hopefuls, to destroy the front runner of the republican party Donald J. Trump, will do nothing more than finish off a dead and dying party devised to deceive.  But out of its’ ashes shall emerge a revived party – the one Abraham Lincoln ran on! One that is for the people, by the people and of the people.  Lincoln called it Republican….the people called it “The Wide Awakes”!
Dianne Marshall