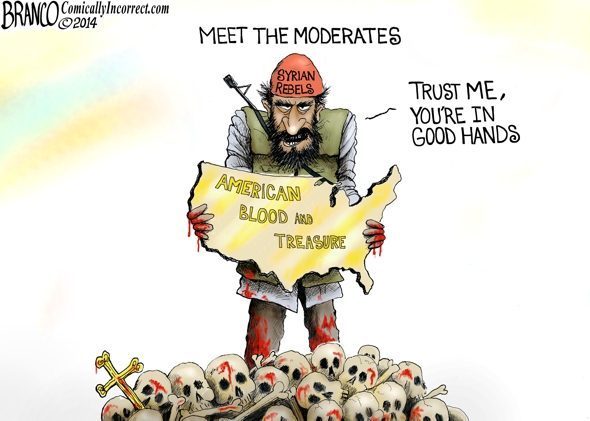 Last spring Final Solution Productions, a production company off the famous intersection of Sunset and Vine, was busted for making ISIS recruitment videos. ( I suspect this is where they also made the Famous Foley Beheading Video, among others.)  Authorities said six were arrested at the studio and two more at their homes in raids. The raid was performed in conjunction with the Office of Homeland Security, the Federal Bureau of Investigation and the Los Angeles Police Department.  The story goes they were “tipped off ” when they intercepted what appeared to be raw video elements being downloaded on computers in the Los Angeles metropolitan area.

Then they said, they would not elaborate how the government intercepted this material, but sources say it was a result of interrogation that first began from captured prisoners in Iraq. One source said that authorities learned of video elements being sent via encrypted FTP servers to a producer somewhere in the United States.

This “bust” comes at no surprise, especially  since the ISIS video was busted on You Tube for quite some time now. If you have been following the real “busted news” on You Tube and internet blogs, you would see there is little wonder as to why the CIA had to go in and formally bust the culprits.  Now the case is solved right?  We can all blame these evil people at Final Solution Productions and go on about our way, right?  Well, only if we first shut down all the domestic US ISIS training camps, and get rid of all the domestic ISIS organizations starting with the one in D.C.

As long as Obama continues to have the military recruit moderate Muslims, train and arm them to fight ISIS….and then become ISIS; we are just being sold another bill of goods. This one is labled that the video makers are to blame and there is nothing more to see here so now move along. The message is clearly – we found the culprits now shut up.

Wake up people and hold the establishment NWO puppet fraudsters and their war on terror accountable for the terror they have and are creating!  Putin has been telling you everything for a long time now.  Are you listening to him or listening to the media that has brought you false flags and lying reports on everything from candidates, polls, Sandy Hook, to war on Terror and evil Russia?

This is clearly a beheading video, not a recruitment video.  It is also clearly in a studio.  Something Iraq does not have. Gee, I wonder where this was made?

Note this video was made a year before Homeland Security supposedly got tipped off and discovered what lay persons discovered.  Hello?  Are you listening?