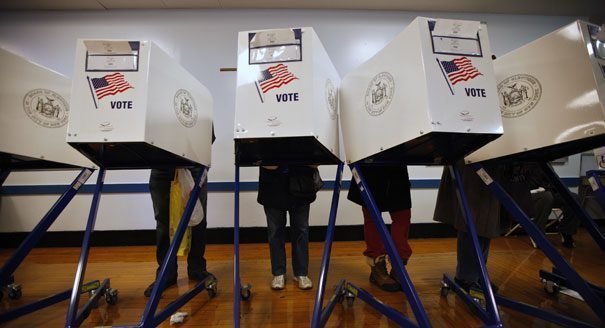 You can always spot a Trump voter, they are happy and smart.  The most enthusiastic cheerleaders for America.  They are in great numbers and show up at Trump events in droves.  Why?  They love raw truth, and loud tone.  They want to make America great again and know a leader when they see one. They are tired of lies and do not want global governance.  They will not be lied to any more.

You can always spot a Hillary voter.  They are angry and have sour faces.  Why?  They blindly follow a NWO and believe their really is a pie to be shared.  They covet their neighbors goods and await to have their share of the redistribution.  Oddly, most of them also believe 911 was an inside job but fail to connect the dots.  They are opposed to war, and fail to see Hillary has helped create nation toppling.  They don’t want to hear truth and believe that by yelling loud they will drown it out.

You can always spot a Carson voter.  They are patriotic and believe that because Carson is a Christian and because he speaks soft he will also carry a big stick.  They don’t look at the way he thought 6 months before running for president and only choose to believe the words he says after he changes his mind and has time to reformate his stance.  They allow this because they really want a doctor to separate conjoined heads in congress.  They do not understand his hands are not that gifted. What they will later discover is a messed up agenda with the same goals as Sharpton only spoken softly in the name of God.

You can always spot a Cruz voter.  They love Shakespeare and drama.  They just like watching his speeches and have fun trying to recall what play he is impersonating.  They ignore Heidi’s involvement in the Council on Foreign Relations and her part in creating the road map to a North American Union and choose to believe she didn’t mean anything by her participation. They readily allow Cruz to follow Obama’s steps of unqualified birth regulations to be president and will go to their graves calling all who say differently liars.  They all love Green Eggs and Ham, Sam I Am.

You can always spot a Jeb voter. They love to take naps and like the way he puts them to sleep.

I AM A TRUMP VOTER – WHAT ARE YOU?