Play it again Sam….just for the contrast here is a before and after.
Before…..Hillary propped up waiting for the Scooby van. Right arm seems to have frozen behind her back until man helps stretch it out and around. Definitely no body coordination. Like she stroke out or some serious brain thing.  As she has said in the past she does sometimes “short circuit” but this is more like her mother board is fried!

After…. Hillary’s cameo appearance enjoying her great day in New York, with no secret service, no medical squad, and just a brand new quality of life!

The best money can buy!
So…meanwhile the media lies again.  She has pneumonia?  Was over heated? Just needed a break from all the emotional triggers of 911?  But they say – here she is all fine.  Even though she is now younger and 30 pounds lighter! 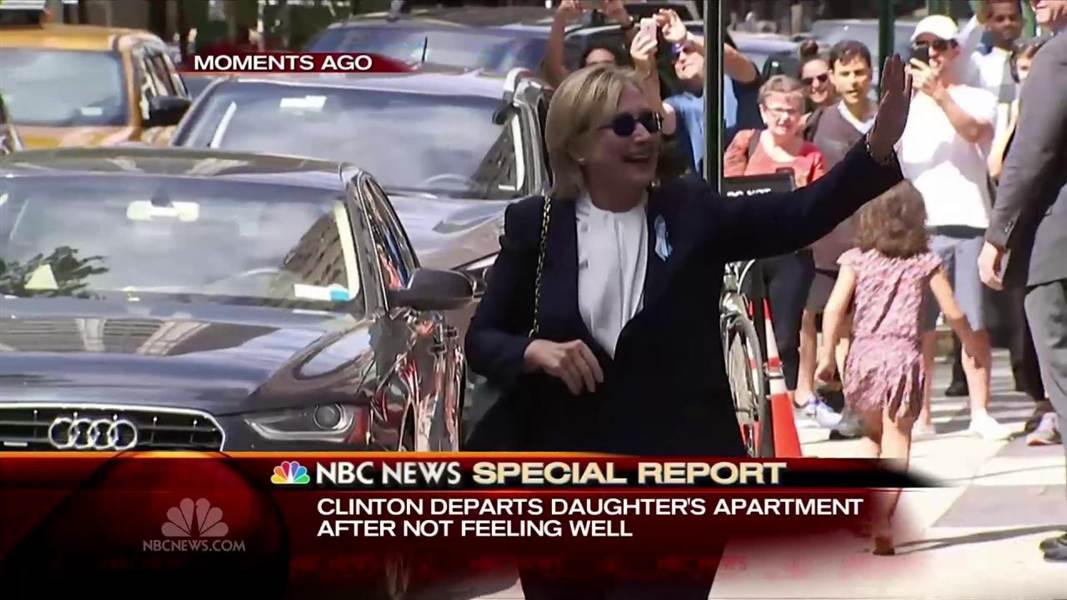 Then there is the compilation of many things version.
https://www.youtube.com/watch?v=PSTaOka3Z9k
Does anyone actually know the truth?  I say the video of her being dragged inside the van is the real story.  Now was it a stroke or more brain damage?
Dianne