Which video is the real one?  Was that even Hillary?  The video of Hillary getting into the van after her illness at the 922 Memorial has two different versions.  One where the van pulls up driving toward the right and the other where the van pulls up driving on the left.
https://www.youtube.com/watch?v=11-EAzsGxgQ
What is going on?
https://www.youtube.com/watch?v=0kA_Ne4T0_Q
The people area in the same spot, on the same side of the street.  So was this a ploy?  Is that really Hillary?  What is going on?  Can someone put their investigative hat on?  One of these are not like the other. 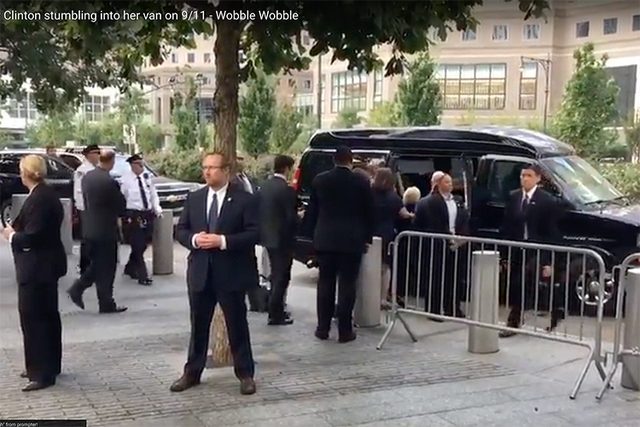 UPDATE:  Alex Jones stated that the Drudge Report did a reverse of the footage in order to keep it up for ‘fair use’.  So that is why one is left and one is right.
Dianne