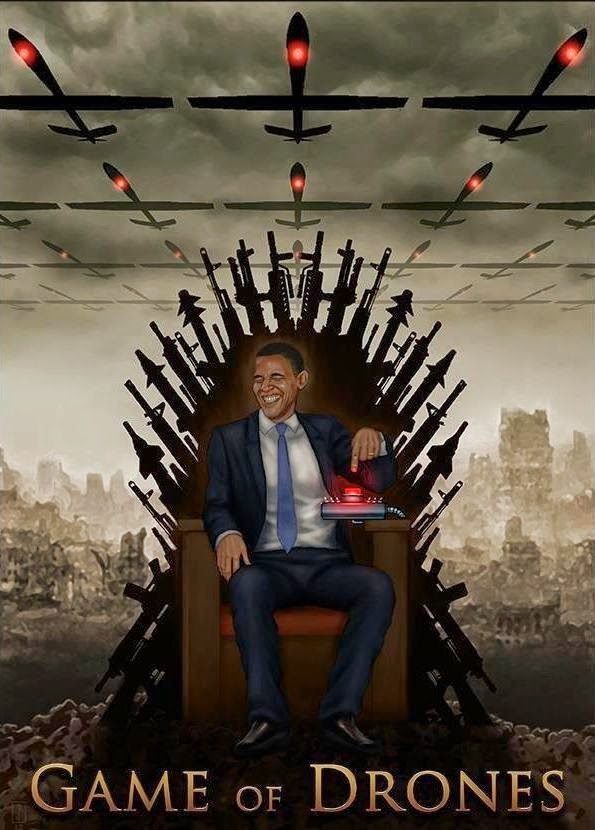 The executive branch of the United States of America has made its’ claim that they have the right to kill anyone on earth at any time for a secret reason, based on secret evidence, in a secret process, undertaken by unidentified officials.

The CIA of the United States created al-Qaida and it is now known that they created ISIS.  They have also continued to exercise their right to use their drone program to attack al-Qaida, and ISIS anywhere in the world.  Has anyone other than Putin ever questioned this apparent out of control military arrangement?

Has anyone added up the number of civilian deaths in nations caused by US attacks?  If they were to do so, they would find that millions of civilians have been killed, along with devastating destruction of many sovereign nations infrastructure , and the reported few deaths to the terrorists are very small in comparison.  In fact the UN /US led refugee mandates have deported more ISIS mercenaries into other nations throughout the world than they have ever killed.

Has anyone other than Putin questioned the chain of nations whose regimes have either been toppled, such as Iraq, Libya, Egypt, and/or are still in the process of being toppled, such as Syria and Ukraine.

If we blame Obama, he will blame Bush, who will blame Clinton, who will then blame George Bush Senior who started it in the first place for the Reagan administration in the 80’s.

According to Richard Clark, Former National Security Council, Infrastructure Protection and Counterterrorism, from his book in ’05,  AlQaeda was created by the CIA, in the Washington DC Offices for Saudi Arabia to bankroll Osama bin Laden, through the House of Saud.  “in the Afghan war against the Soviet Union during the 1980’s and Riyadh and Washington together contributed an estimated $3.5 billion to the mujahideen.”

The public was clueless, until 2003, when U.S. News & World Report conducted an exhaustive study titled. ‘The Saudi Connection.’ Here is an excerpt: “The evidence was indisputable: Saudi Arabia, America’s longtime ally and the world’s largest oil producer had somehow become, as a senior treasury Department official put it, the epicenter of terrorism financing.”

Also, in October 2003, Vanity Fair magazine disclosed in an in-depth report entitled ‘Saving the Saudis.’ The relationship between the Bush family, the House of Saud, and the bin Laden family. It outlined the relationships that went back to the time of the Saudi Arabian Money-laundering Affair which began in 1974, and to George H.W. Bush’s terms as U.S. Ambassador to the United Nations (1971-1973) and then as head of the CIA (1976-1977).”

Isn’t it time someone questioned the reasoning behind the failed foreign policy?  Or is it successful?  Is the true goal to topple and create chaos in order to have placed all the ISIS mercenaries throughout the world in order to prepare the way for WWIII and the ultimate war between the western world and the Muslims?