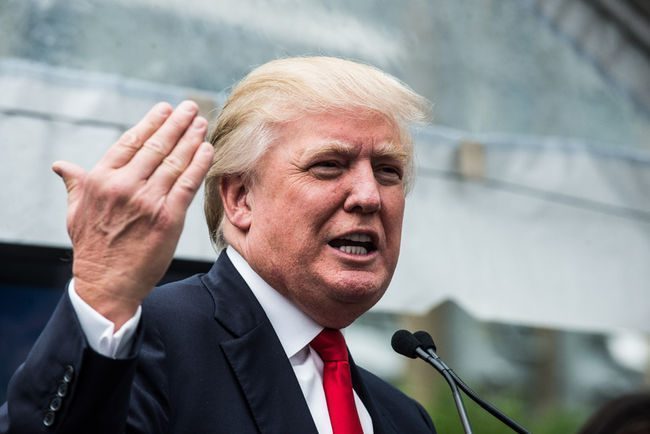 I’m beginning to wonder how many people truly understand that only one person will be elected in the primary.  Perhaps they are confused because we have had over 17 candidates on the GOP ticket for so long that they may have forgotten each candidate is running against the other….it was never a team SPORT.  It is a primary run, not a team GOP rah, rah go get’em guys all for one and one for all.  It is and always was a team of people contesting against each other to win the primary.  Only one of the many running will win and that one will then go up against the democratic nominee.

We are in the run up of the primaries, each has their favorite, and many are still undecided.  So those that have decided – support your candidate.  I have family members who are undecided, and some are for another other than who I am for.  Which is Trump.  But do not ask me to not cheer when the opposition drops the ball and do not expect me to not defend my candidate when he is attacked unfairly.   I am a strong supporter.  I am decided.  I waver not.

Those who are still deciding do not fault me because I am already in the game. And I will not fault you for being so slow to decide.  Many things will come out now about the other candidates because the first five months were the bash, trash, and crush Trump months.  During that time, Trump supporters were also bashed, trashed, and crushed and we are now well tempered, tried and sure.

So, love your candidate and learn to vet them first.  Call me crazy, a zealot, or whatever you choose….I am used to the names.  I have been called a conspiracy nut with every question I ever asked ever since I started asking questions in my youth.  So….I don’t deny what I believe in and when I am wrong, I do admit it.  I am not perfect and believe me, I have cringed many times in the things I have boldly declared as I waited for the ones who would holler – liar and or idiot at me.  I never proclaim truth to get batted, I proclaim it so others can see and hear.

I love being an American and did take it for granted in the past. I repented for my complacency and am now aware.  I grew up learning to be respectful to others and the value of earning a dollar.  I never thought the day would come in America when what was right was perceived wrong and what was wrong was perceived right.   Now, more than ever a strong president who can stand up against the establishment’s global governance is needed.  That is why I choose Trump.

Each one needs to ask why they are choosing who they are choosing.  They need to take a hard look at foreign policy, trade, national deficit and the borders. Other key areas are education, vaccines, GMO’s, healthcare, social security, jobs, veterans, and many other issues.   Who is the one to lead America?  That one must be able to tackle all the areas and know how to do it in an organized constitutional fashion.

Trump is my candidate.  Who ever you support, do it with passion.  I am. Thank you for understanding and for voting.