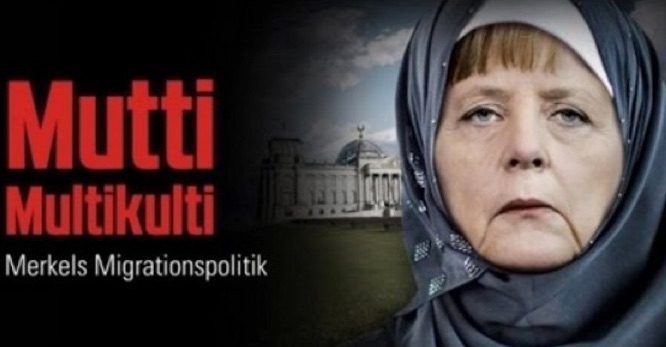 GOTCHA NEWS REPORTING- REAL PROPANDA  BETTER THAN THE OTHER FAUX CABLE COMMENTATORS.  Our motto, “If you don’t hear it there –  you will hear it here.”

Angela Merkel has contacted Trump Organization to build a wall surrounding Germany to keep its’ citizens from fleeing and going into war-torn Syria.  “We have had enough of Merkel’s favoritism to Syrian refugees!”  stated one angry German. Tensions are raised high.  Another frustrated German citizen named Swartskroft said,  “If we go to Syria and then return to Germany under the refugee program we will have jobs.  It seems there is no other way at this time.”

Meanwhile it has been reported that hundreds of angry citizens have dyed their blonde hair to black and taken to the streets shouting Allah Akbar, in an effort to get some of the free hand outs promised to refugees and not available to German citizens.

Numerous reports have also come forth indicating German women in their twenties have dawned the Burka and stolen refugee babies to get free housing, food, and monthly welfare monies. One such German who did not give her name had this to say, “There are no back ground checks, so it is easy to register.  Just hold up a baby and holler gibberish that sounds Arabic.  No one knows the difference.”

Another young woman wearing a Burka stated she will be receiving an education at the University for free under the new refugee program.  Something, she was unable to afford as a citizen coming from a family with a middle class background.

We will report any new updates as they come in.