UPDATED JANUARY 30, 1916  THE ROBERT LAVOY FINCUM SHOOTING HAS TAKEN ON A NEW SLANT DUE TO NEW INFORMATION.  DETAILS OF NEW INFORMATION IS AT THE END OF THE ARTICLE.  IF YOU HAVE ALREADY READ THE FIRST STORY WRITTEN ON THE 27th OF JAN.  PLEASE SCROLL DOWN TO THE BOTTOM FOR THE UPDATES. IT APPEARS THIS ENTIRE STORY COULD BE A FALSE FLAG OPERATION. 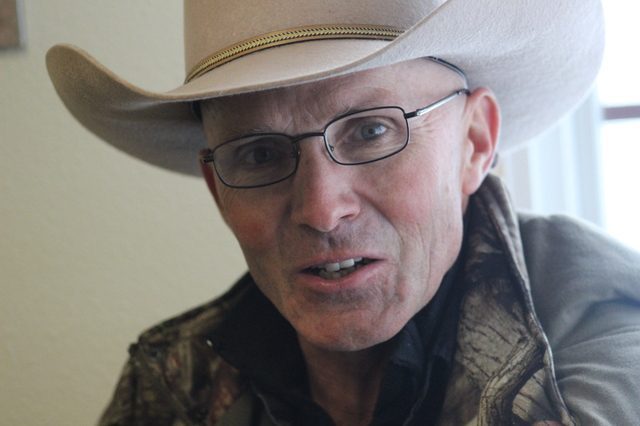 U55-year old, Robert “LaVoy” Finicum was killed by federal law enforcement 15 miles north of Burns in Oregon for standing up against the BLM and defending ranchers rights.  Finicum was shot and killed while cooperating with law enforcement unarmed with his hands in the air he was first shot in the face, then while he was laying face down in the street he was shot two more times, according to eye witness!
Other top leaders of the wildlife refuge occupation were arrested and another, Ryan Bundy was shot with minor injuries.  Federal agents blasted around 120 shots, repeatedly for 5 to 10 minutes at the car with Ryan, LaVoy, and women in the car, states eye witness who was one of the women in the car.
News is still coming in, eye witness reports expose downright murder on the part of federal law enforcement agents. Snipers were perched in the trees in a premeditated  ambush.
Is America going to ignore this?  Is what Megyn Kelly is doing with the debate more important than private sector citizens getting murdered by government federal law enforcement?
Read full report and eye witness video here.
https://woundedamericanwarrior.com/bombshell-rancher-lavoy-finicum-shot-and-killed-by-feds-while-he-was-laying-face-down-in-the-street/
LaVoy Finicum was a frequent and public supporter at the Oregon reserve, often speaking for the group at news conferences.
“LaVoy Finicum was shot and murdered in cold blood today… by the FBI and State Law enforcement,” according to a statement on the Bundy Ranch Facebook page, which has been disseminating communications from the protesters. “He had his hands up and was shot three times.” 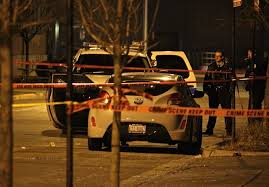 Those arrested included Ammon Bundy, 40; his brother Ryan Bundy, 43; Brian Cavalier, 44; Shawna Cox, 59; and Ryan Payne, 32, all during a traffic stop on U.S. Highway 395 Tuesday afternoon. Authorities said two others — Joseph Donald O’Shaughnessy, 45, and Peter Santilli, 50 — were arrested separately in Burns, while FBI agents in Arizona arrested another, Jon Eric Ritzheimer, 32.
Those arrested face a federal felony charge of conspiracy to impede officers of the United States from discharging their official duties through the use of force, intimidation or threats, authorities said. Calling themselves Citizens for Constitutional Freedom, these men stood in solidarity to decry what they call onerous federal land restrictions and to object to the prison sentences of two local ranchers convicted of setting fires.
Specifically, the group wanted federal lands turned over to local authorities. The U.S. government controls about half of all land in the West.
This must go viral as the news media is falsely reporting the true events taking place in Oregon.  The media lies have got to stop.  Help get the truth to the public! This is cold blooded murder. We are witnessing tyrannical take over and trampling of the citizens constitutional rights.
Dianne Marshall
Read more here: https://thehornnews.com/did-police-murder-oregon-militiaman/

CLEARLY…. he is shot by the shooter at the roadside…. you can see the gun recoil, LaVoy Finicum reaches for his side where he was shot, and then they shot him again. Seems to me quite intentional to shoot him there so when he reaches to where he got shot, they would play the ”excuse” that LaVoy Finicum was reaching for a sidearm. Hey, if I got shot in the side, I would reach for the ”ouch” too. IT APPEARS TO BE AN EXECUTION.
MAJOR UPDATE DUE TO EMERGING INFORMATION: January 30, 2016
NEW INFORMATION HAS BEEN PRESENTED that gives the perceived “Oregon standoff” the appearance of a contrived psychological operation designed to draw out gun-toting patriots and Constitution-loving citizens so as to identify them, put their names and faces into government “watch list” databases, and then brand these well-intentioned America citizens as “Domestic Terrorists.” Thereby, confiscating their firearms and denying them their 2nd amendment rights.
This use of multi-faceted psychological operations (such as the “Oregon Standoff”) is a sinister method being used by the Control System against Americans who may be drawn into a situation where they run the risk of being classified as Domestic Terrorists, and thereby persecuted.
What Truthers Are Learning:
Truthers are learning that Bundy and even the so-called “alternative media” source (Pete Santilli) are all operatives.
Pete Santilli is another Alex Jones, but some of the Truthers are just now discovering that he is an operative.
A militia type named “Blaine Cooper” has also been exposed as an operative.
The honest Truthers are discovering that people whom they thought they could trust are all operatives.
The Bundy Bothers and their government employers are milking this incident for all it s worth, so it’s not over yet.
The Idaho 3% Militia men say that they went to Oregon to set up a perimeter in an effort to try to prevent another Waco massacre.
Ammon Bundy is still the spokesperson although he is now suspect of working with the government and believed not to be in jail.
It is also believed that the alleged death of Robert LaVoy Finicum was a false flag event, it is suspect that he was a crisis actor, and the name LaVoy Finicum was invented.
Those interested please check out the following links and research the links within the articles.  I have reviewed many of the numerous links and must admit, the evidence presented answers a lot of my own unanswered questions and I see where the entire event serves two goals.  The one stated above to confiscated guns and to draw in and identify well meaning patriots to label them as terrorists.  The other, to create a public outcry to rid us of the BLM and release all land back to states which will allow the sale of land to private sector corporations, domestic and foreign, for mining, logging, fracking and other uses.
The fact that this is playing out at a critical junction in the 2016 primaries makes for a less informed public and allows for political maneuvers by candidates to push BLM controlled land back to the states through legislation that is already in the works.
Please watch the videos within the links especially the one on the LaVoy shooting.
Alleged Shooting:
Overview page – false flag and crisis actors:


As this unfolds, and more sense is derived from this very confusing event, I will add updates. Thank you all for your interest in finding out the truth. The goal is to find out what is really taking place.
Dianne Marshall