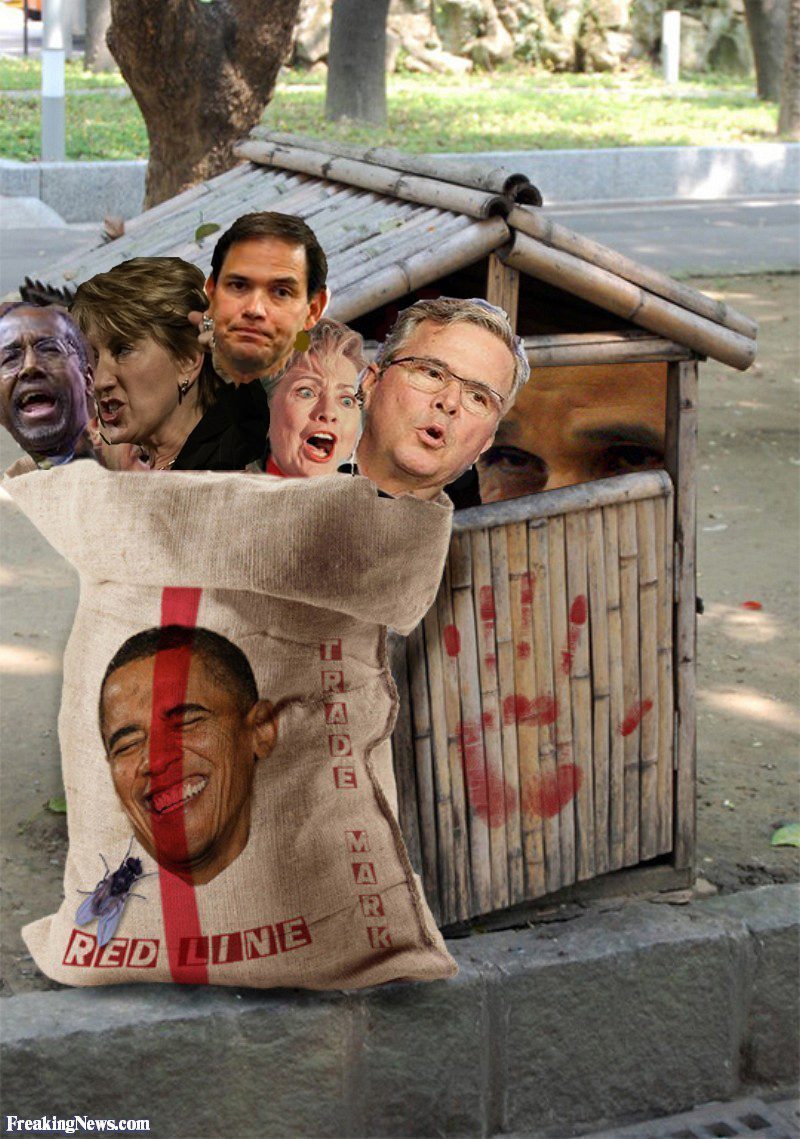 What ever the establishment media, their pundits, and their idiotic GOP candidates spew as anti-Syria rhetoric, it is fading away as quickly as their fake poll numbers.  The world and social media is watching and cheering Putin on as he bombs the heck out of ISIS.

Sorry all you establishment GOP monkeys that politico’s call candidates, but your NEVER TALK TO PUTIN idea has just went up in smoke as Russia missiles turn the ISIS bomb making compound into a raging inferno.

YOU CAN LIE BUT YOU CAN NOT HIDE THE TRUTH FROM THE PEOPLE.  One by one every stupid, and I do MEAN STUPID idea these GOP darlings have had and dared to speak are proving to be the most irresponsible support of war anyone could have ever imagined, let alone actually believe they would participate in.  But, alas as every fool has his and or her day, these poor slouches are in the sack for Obama and his fake war on ISIS. Putin has just shown the world that Obama has never been serious about stopping ISIS.  But instead they have been intent on creating more of it!

Don’t worry boy Rubio, dumb founded Carson, and hell raiser Carly, you will never get the chance to NOT TALK TO PUTIN…and Jeb?  What are you along for the ride for?  We all know you hardly have the energy to brush your teeth let alone sink them into any red meat on the issues!