Why did a bright, well educated, seasoned news reporter named Donna Brazile tweet such a bizarre message?  Was it code? Did she just have a fuzzy brain moment?  She got into hot water with Hillary during the campaign and after with her book where she told her own truth. But, she lived through that and publicly fell in line with the rest of the Dem soldiers on the Pelosi Globalist plantation. So, is it a crazy tweet or a code.  If a code who is it meant to signal, or warn and about what? 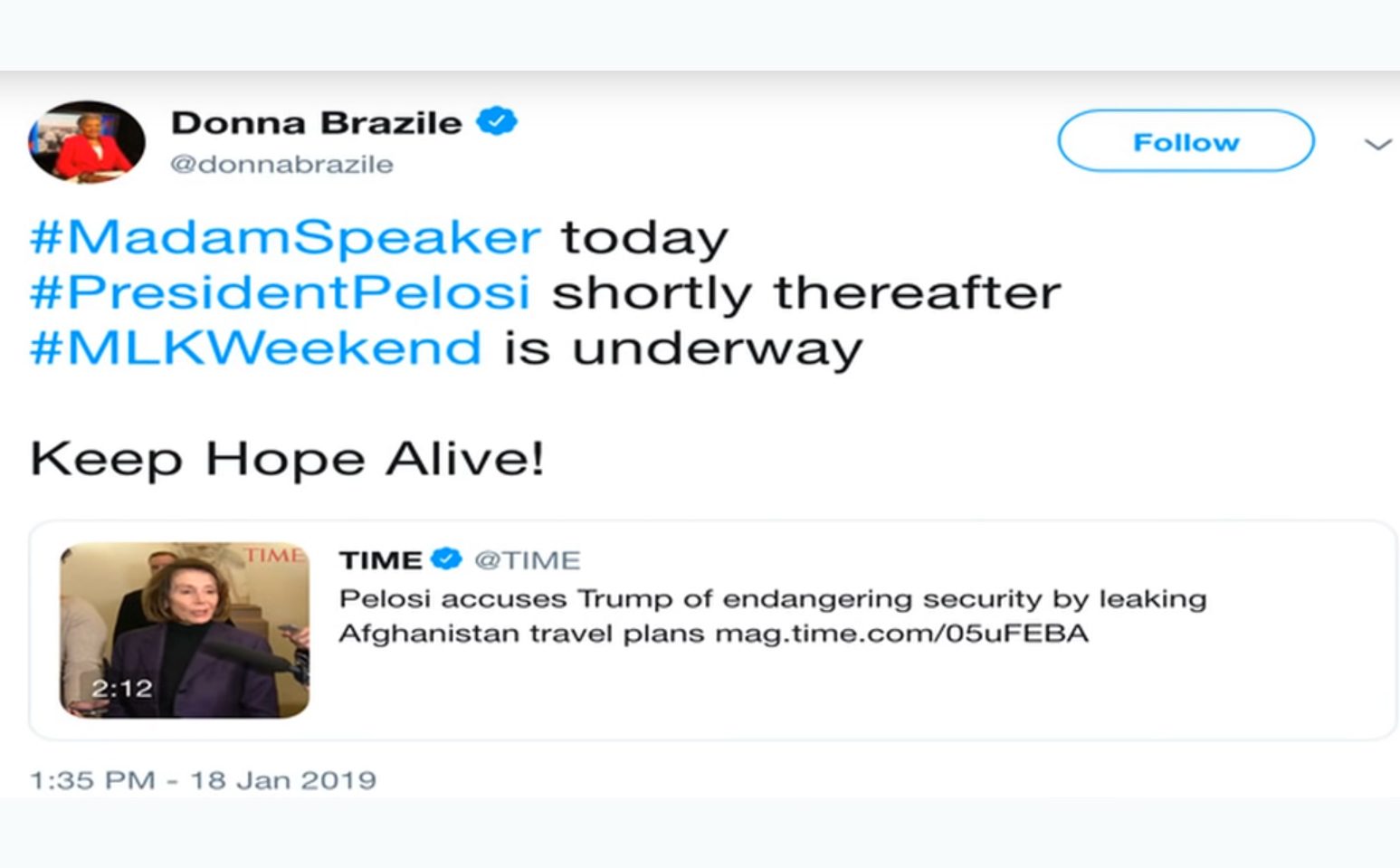 Take out the hash tags and it reads, “Madam Speaker today, President Pelosi shortly thereafter. Martin Luther King Weekend is underway. Keep Hope Alive!” That is definitely a message to someone.  Either a signal to others that it’s a go, or a warning, or both.

The obvious part of this message is Madam Speaker today, President Pelosi shortly thereafter. Both with hashtags – so it wasn’t a mistake.  It was directly intended to read as it was written. 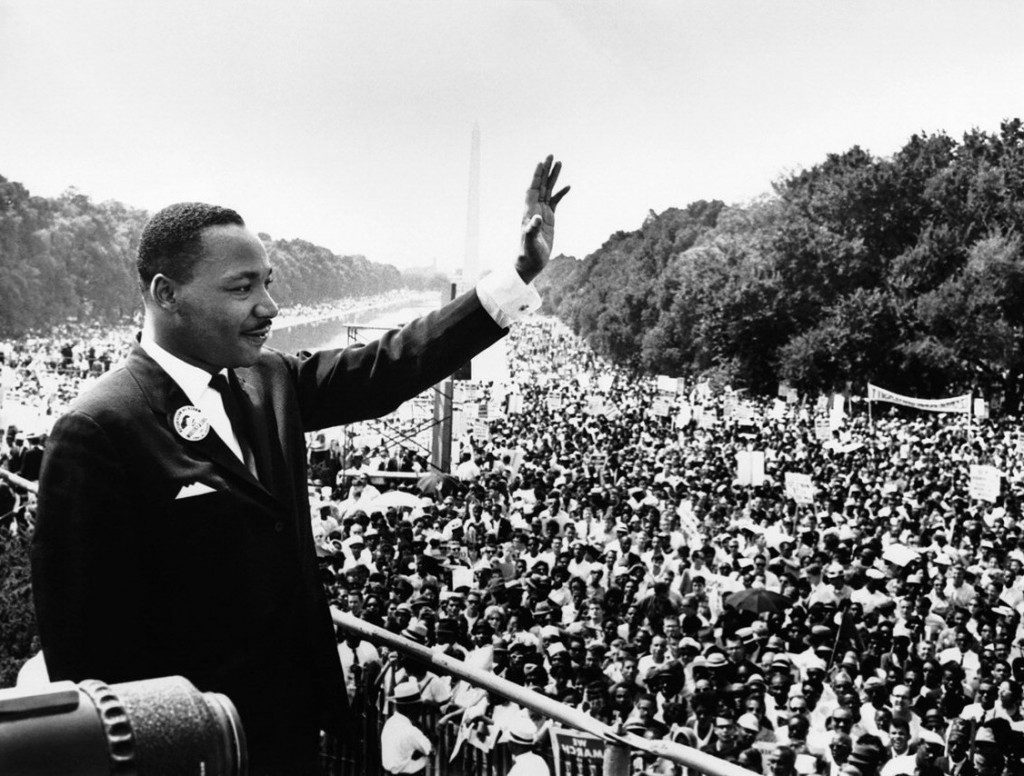 Then we have MLK weekend is underway.  What could that mean?  – to me this means the day Martin Luther King was assassinated. On that day riots broke out across the nation -rioting, looting, protesting, arson, people killed and injured. What do you think would happen if something happened to President Trump?  It would be a MLK weekend for sure!

The most troubling warning in this message is “Keep Hope Alive!” What is America’s hope? Our President Donald J. Trump. He is the hope of saving America and a beacon of nationalism around the world. Or could it mean the hope of the globalist cabal?  That with Nancy in the highest seat, they indeed would have their hope to rule the world.

And we must not forget, the bizarre message is a header for the TIME article showing Pelosi accuses Trump of endangering security by leaking Afghanistan travel plans.  Was this another code tying in the jihadist arrested in Georgia?  The one who had some high level rockets…that are hard to come by? Was this a way of showing that she knew of something more sinister about to happen? 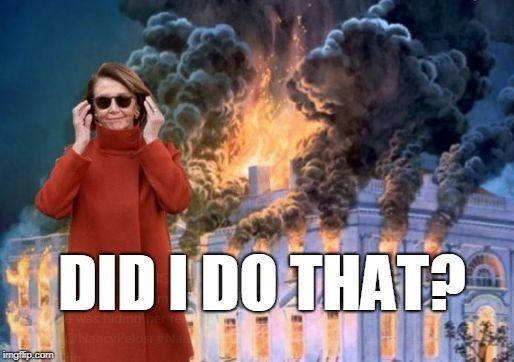 Let’s face it, Pelosi has been letting a lot of crazy ideas slip lately.  Like telling the president she is equal to him….and acting like she is already the Commander in Chief.  Most all liberals have a hard time keeping a secret.  They are very impatient and have to let out snide clues to what they are going to do to you in odd ways.  Most have a hard time keeping their mouth shut. They make lots of slip ups, just like in the villains in the movies that always have to taunt their victims and tell them pieces of what they are going to do to them.  It’s classic.

Well if the tweet was from Wasserman Schultz, or Hillary I would believe keep hope alive would be the slogan for their progressive globalist mission.  But, since it came from Donna Brazile, I would lean more toward it being a warning to protect our President. 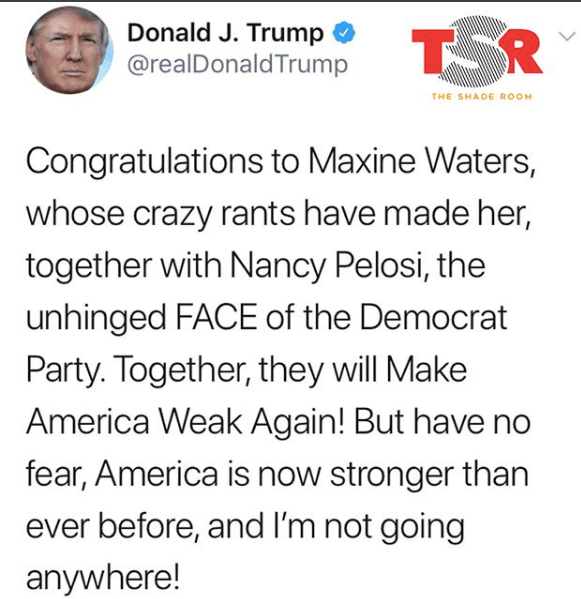 What are your thoughts?  What do you think Donna Brazile’s tweet meant? 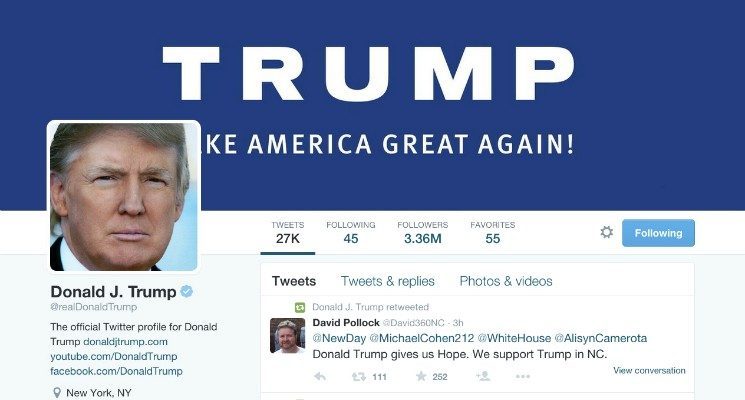