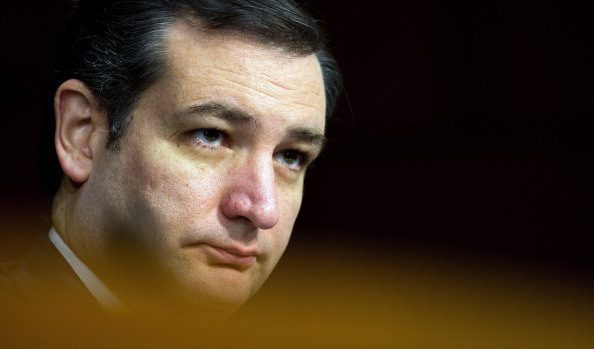 We’ve all heard him say it at least once.  Ted Cruz calls the Council on Foreign Relations a “Pernicious Nest of Snakes”.  He has excused his wife Heidi from her FIVE YEARS of serving on the Council on Foreign Relations as a Junior stint, joining after the Bush years to only try to put a conservative viewpoint into that pernicious nest!  Well, Ted, why didn’t she quit when she realized her assigned project wasn’t going to be a conservative constitution based one?  Why did she stay and help to create the manual to destroy America’s structure from within to achieve the North American Union?
The time has come to ask Ted more questions.  Why did he hire  one of the head Viper’s of the Pernicious Nest of Snakes, Elliot Abrams to help craft his foreign relations?  Yes, Ted why?   Why did you add this Neo Con Globalist whose resume shines with all the venomous  years of serving the Council on Foreign Relations? Why did you choose Abrams who has  crafted many evils against the constitutional values you hold so dear to work with you on foreign relations?
Why did you surround your campaign with Neo Cons like James Woolsey to also be a foreign policy advisor?  I’m sure you realized that Woolsey  was a national security specialist and former Director of the CIA under the Clinton administration. You did read his resume of heading up many Neoconservative groups including being the Chairman of the Foundation for Defense of Democracies, and Founding Member of the Washington Institute for Near East Policy. Sure you did.  You liked that.
And why Ted have you surrounded your entire campaign with neocons?  Especially  General Michael Hayden, former director of the NSA?  The problem Ted, is that your entire inner circle is comprised of men and women experienced in growing government, supporting surveillance, and using American troops to achieve globalist NWO goals.
Could it be Ted that you have surrounded yourself with Neo Cons because you too are one? It is clear that you have lied to the American public and serve another agenda….one with a great big fat 21 at the end of it!
Oh my head hurts.  Please read the full report of Cruz and his advisors in the link below.  Facts are facts and must be looked at. This election is the most important in the history of America.  Aren’t we tired of lies?
Read more about Ted Cruz’s Advisors here: https://lettersfromthegulag.blogspot.com/2015/10/ted-cruzs-neocon-bonafides.html
Dianne Marshall