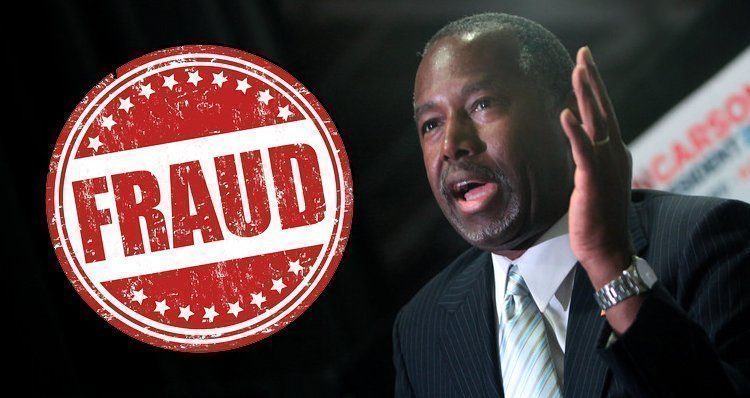 Carson enters the stage.  He slowly walks across, turns and smiles to the crowd and says very softly, “I have gifted hands.”  the crowd cheers and there is lots of applause.

Carson smiles and begins telling all of his teenage bully stories. “I tried to stab a kid and hit his belt buckle.  The knife broke.”  The crowd cheers with glee…for they read the book?  Carson continues, “I then ran home and went into the bathroom.”  (Somewhere he grabbed a Bible, but he doesn’t say that?).  “I sat in there for three hours and read proverbs and knew that I had to stop doing such things or I would never become  a doctor….bla, bla, bla…”  The crowd cheers and there is more applause.

Carson now explains what a great guy he is now and of course, he mentions his gifted hands.  The same hands that put a three inch gap in a kids forehead when he went at him with a lock.  (I wonder what that kid thinks every time he looks in the mirror and sees the scar on his forehead?  I am sure it isn’t God bless Carson’s gifted hands.)

Why on earth would any candidate use a terrible past to proclaim the fate of running for president and the future of America?  I have thought about this and the only thing I can derive from it all is that the man, Carson, made a fortune spreading this story throughout downtrodden African American USA, and they bought into it as a means to rise above the street life.  (Even though Carson never grew up in a Ghetto and his old home is still in a good neighborhood.)  The story won him mega bucks, and it thrust him into stardom.  Why?  Because a black kid from the ghetto (or so they believed) made it to the top and was a famous surgeon.

And now, add to the success story his own redemption and it is an evangelical favorite.  Forget the fact that it is riddled with question, and forget the fact that being a bully harms others and the results of the victims are scars they spend a lifetime trying to heal from….forget all of that.  Focus only on Carson the delinquent who after terrorizing others decided to put the hammers, knives and baseball bats away and focus on becoming a doctor.  He went on with his life (after terrorizing others and making sure many had depression and bully issues forever).  Carson went on to be the one to be remembered and the one to be praised?

Not in my book.  I would have respect for the man had I read a book where the teen had remorse for his actions against others and not remorse for almost messing up his own life.  I would have loved reading a book where today he helps those bullied to stand up for themselves.  A man who teaches against bullies and condemns the actions of such because of what it does to their victims.  Instead we get a Carson who advises youth to turn from bully ways and study harder, after all, the bully’s life is not one to waste.

Well, good for Carson for getting applause for stopping his evil ways before he actually killed someone instead of just scaring and scarring them.  Good for him.  I, however, do not look at the man as an example of anything except a selfish, and sick pathological troubled youth who was able to apply for the government programs that allowed him to go on and become a doctor.  The same programs that were not available to many white kids that the black community call those of white privilege.

Carson, somehow went on to later hire ghost writers to help him package his perceived past in books that would reap monetary benefits for a past that others would hide and call shameful.  (Especially if you are one born of white privilege.) Yet, in his “wanna be” memoirs, all is what he says, or so he says.  All is what he perceives from his own world view, and written by others for him.  Do I hear applause?

Sadly, his own step sister said she would never vote for him.  And he certainly did not honor his father as in the fourth commandment by not going to his funeral and leaving him buried in an unmarked grave. But why bring that up?  He is entitled to his own rage.  Just do not mention the disappointment, rage or opinion from a step sister.  One he would not even have the courtesy to talk to, let alone answer any of her questions. Even though they had the same father. But that is an entirely different story, and one Carson has never written about.