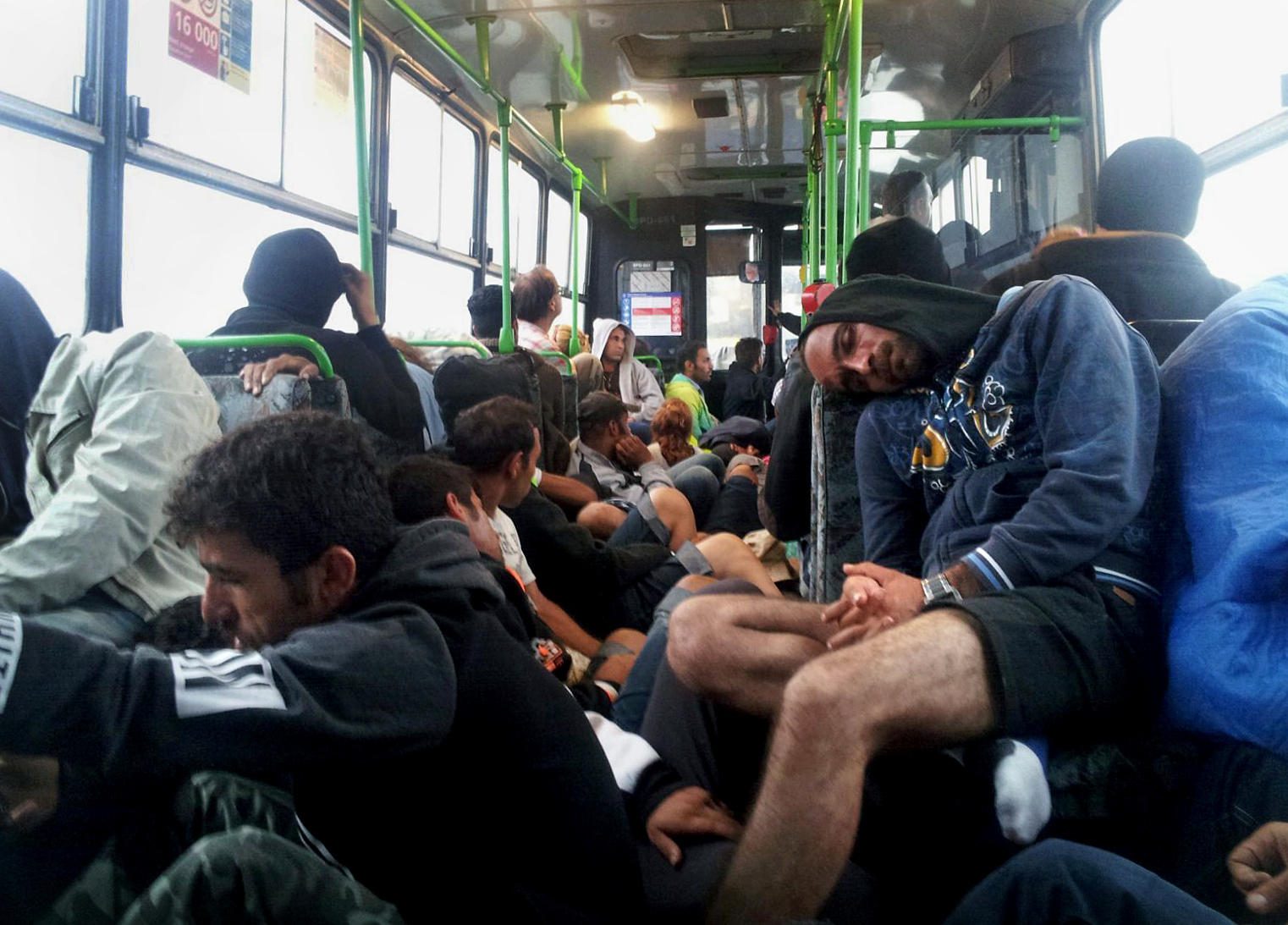 This message is from a friend of a good friend of mine.  I CAN NOT verify the accuracy of the message but it pays to be diligent in warning others to help verify its validity.  I choose to believe the message is true, as the people who gave me the information are reliable sources.  If you know of any thing regarding this please share with others immediately.

“Ladies we have some crap going down… The Muslims are here and coming… someone messaged me this message she had seen it in another group …I think its just about to hit the fan folks.

“Just got off the phone with my mechanic. He called to let me know he was at the loves at i35 and highway 9 near Norman, Ok. He was listening to his scanner and picked up some OHP chatter, then saw the patrol cars at the loves. They were escorting 6 buses run by village charter services. He stopped to talk to a patrolman and ask what was going on. As they talked he observed middle eastern men, all fighting age (no women or children) getting off the bus and entering the loves with prayer rugs and Korans.

The patrolman told him they were escorting 6 busses of these men to a compound in Rush Springs. Each bus carries 80 men, and the entire Oklahoma fleet consists of 230 busses all booked for this operation.”

I started calling my resources and here is what I am finding out… OK I called the station in question as I know it well from driving to and from Houston.. A lady answered and I told her who I was and how often I came there. I explained that I had heard something about her station…I never said what it was but I know I have spoken to this lady before about prepping…I describe myself and I ask her if she remembered me she said, “Yes you have the GSD Dog!! “ She said to hold on a moment…. then she came back on and whispered , “I get off at 3 pm… they are coming 3-6 busses at a time… filled to the max. They come and 4-7-8 get off and go behind the building then come in and grab drinks ( paid with freshly printed money) and use the restroom and then leave.”

Then she said hold on again, came back in just a second and with a different tone. Really fast and said, ”I can’t verify that buses filled with foreigners are stopping here, it hasn’t been on my shift.” Then she hung up on me???

So I called another person who works border patrol… he said, “Yep, buses are coming through Mexico into Texas and we are told to wave them through.”

“30-60 buses a day best bet we can figure!”, Said one of his friends and now friends of the friend followed and have been following them and they stop at small towns at Social Security and Immigration offices just this side of the border. They get off – wait 3 or 4 hours and get back on…and off they go.

One friend asked them who they were and why they were here. The man told him we come to America.” (Incidentally the bus company located in Tulsa, Salina, Wichita and Ok City won’t comment), but, the one told me they had fleets of 70 buses at each location. I asked could I rent one or two and he said not for the month of October we are all booked up to people now, in the Military.

High-ranking have no clue and haven’t heard about it. I called one on West Coast and he said “did you go bike riding this weekend? (That is our code for high-security alert … or I can’t talk about it now…or at all maybe.)   I will see if he calls back later(he is known to) if so , I will let you know….Rush Springs, OK is one location they were spotted at – or are hold up for the night.”

Well, please stay alert and pass along the word to see if anyone else has seen or heard anything as to the verification of this story. Our media is silent and even if they knew….I am wary that they would warn us.