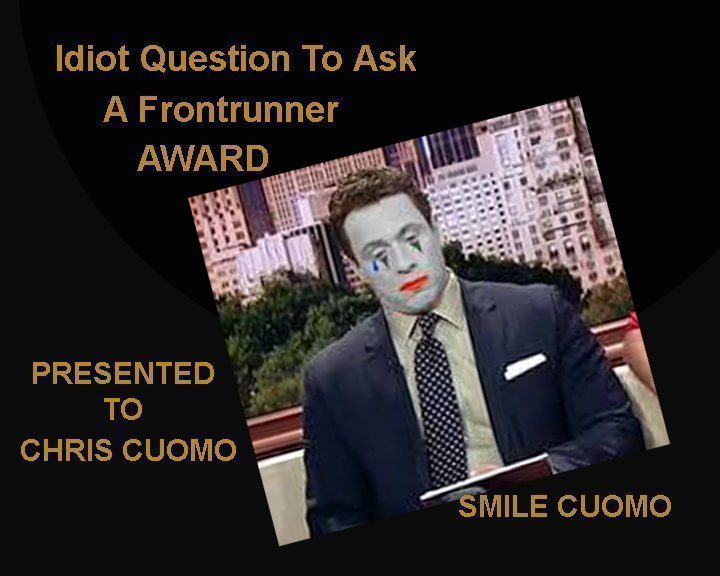 Gee what could possibly be wrong with jumping on the GOP Trump bashing band wagon?  CNN news commentator, Chris Cuomo wants to know.  It seems he is clueless as to why his question of Trump leaving the race could possibly make him upset?   Well Cuomo needs to know that the ones who were even angrier were TRUMP SUPPORTERS – you know, the not so silent any more MAJORITY!

CUOMO wins the “IDIOT  QUESTION  TO  ASK  A  FRONTRUNNER”  AWARD.   Let him enjoy it and hang it on his wall.  If he ever decides to interview Trump again, hopefully he will look at it and think before he speaks.

Meanwhile, Anderson Cooper was very upset that he did not win the award.  He has held the honor of receiving the “Idiot Question To Ask A Front Runner” Award,  for the past 6 years 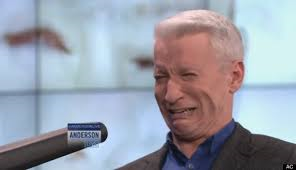 and was expecting to receive it again this year for his great punches at the Donald.