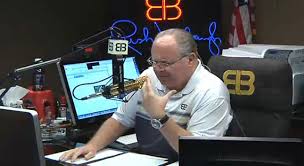 What in the world has happened to Rush Limbaugh?  It is hard to believe he is saying that Cruz is like Ronald Reagan?  First of all Reagan was not born in Canada.  Next comes a list of other things that Reagan never did nor would he have ever even thought of doing.  Where does a person start?  By now everyone has seen, heard, and had enough of the Iowa voting debacle of which Cruz blamed CNN and his campaign tried at first to blame Trump….but thanks to a screen shot of the real culprit they were foiled and shut that claim up.  So I won’t go into all the details of the Dr. Carson back stabbing and vote stealing…we all know about that.
But, all the double talk on Cruz supporting TPA and not supporting TPP, and TIPP….then supporting both then not.  With this guy it just depends on who he’s talking to and what vote he is trying to coheres.
Then there are the conservative, I am a Christian bla, bla, bla, that goes out the window with his fruit of lies, double talk, and liberal like attacks on his competition, not to mention again his lies and voter fraud techniques, nor his shame mailings to Iowa citizens, nor his pointed finger at New Yorkers and his perceived opinion of their lack of moral values.  Of which now, Teddy’s own are tainted and waving for all to see as very seedy.
Did I mention his town hall Cruz and Beck attack the Donald and lie about the man and his supporters as Hitler and Naxi’s that will bring about another holocaust of sorts, even to the point that Beck himself was in tears threatening to vote Hillary before he would ever vote for who is obviously not an establishment candidate? 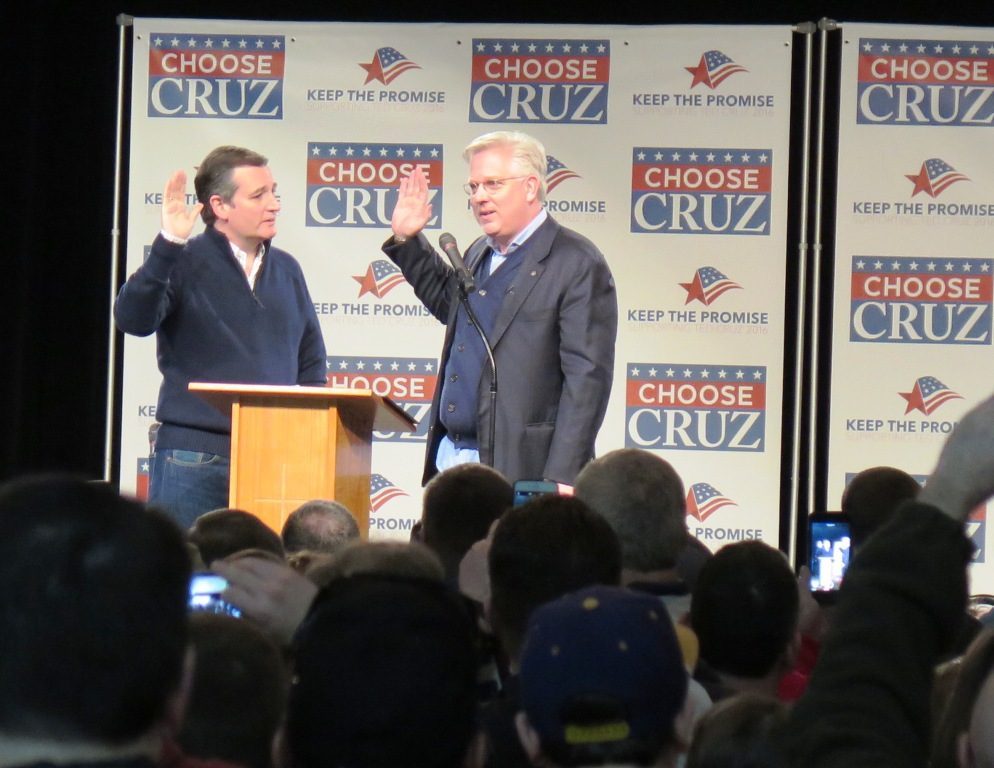 Yet another, among the worse seeds ever sown by an evangelical Christian or whatever he claims to be today, is using children in an “Attack Trump ad” where children are using a Trump action figure, pretending to be Trump carrying on with their child activities of crushing a doll house, replaying out lies from other Cruz lie ads.  The house was never torn down, never purchased as eminent domain…and still stands today.  But, children don’t know this…and the implication of the childish  ad implies that voters are as dumb in regards to the truth as the kids playing with the action figure enjoying their stardom in the Cruz campaign bashing, lying advertisement.
https://www.youtube.com/watch?v=BOGmiXZN_W8
It is also shameful to note that Cruz, who had used his own girls as political props and was called out for doing so in a cartoon posing Ted as a monkey grinder  with  his girls on leashes to raise funds was, according to Ted, deplorable.  So deplorable that he immediately used the horrible cartoon in an email blast campaign ad using the cartoon to raise funds to fight this terrible evil (of which I received 8 such emails – how many did each of you receive?) . 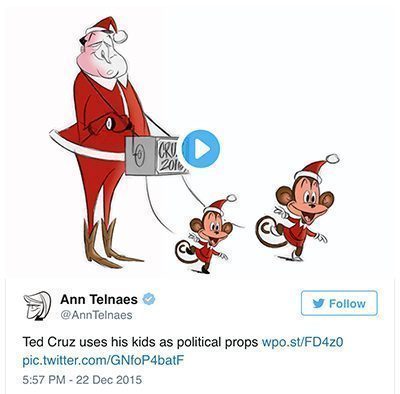 So now it is okay to use other peoples kids, just not your own to forge a ‘family value’ type look to a man who will use any underhanded means possible including bearing false witness and slander in order to achieve God’s work in anointed himself the next president of the United States.
Either Rush Limbaugh has been strong armed, or threatened to make public his own past drug addiction again, or something no one else yet knows about, or he is an establishment puppet also.  Time will tell, but I am gravely saddened for I really enjoyed listening to Rush when he was Rush.  In 2003, I was one of those who said, “Good grief, leave the guy alone” when the media was attacking him for his prescription drug problem, buying them from the black market.  Today I am one of those saying, “Good grief what the heck happened to Rush?”.
Dianne Marshall
https://www.newsmax.com/Headline/rush-limbaugh-supports-ted-cruz-president/2016/02/10/id/713757/
https://www.cnn.com/2003/SHOWBIZ/10/10/rush.limbaugh/