You are welcomed to scroll to the bottom and click on the link to listen to the Battle Hymn of The Republic as you read or after. 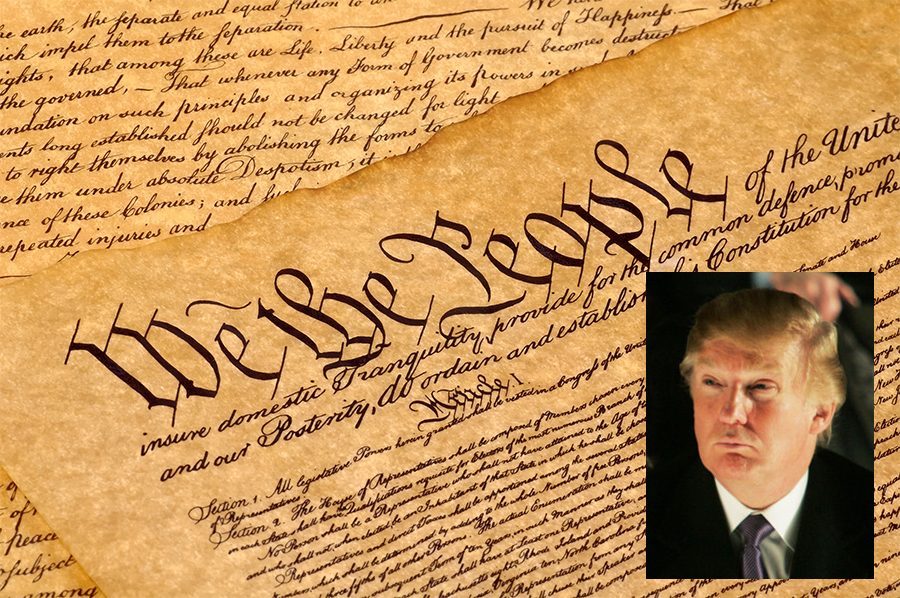 Trump is always ten steps ahead of the Media Monster!  He boldly dares to go where no politician has ever dared – yes, Trump crosses over that political correct line that seeks to silence the majority and keep all from exercising their constitutional right of free speech.  Trump has not only crossed the line he is erasing it!

Millions of Americans are following Trump’s lead and planting grass roots where the establishment has planted a deep thick line in the sand.  Americans are done scratching their heads while wondering what just happened every time they are told they can’t say that!  They are tired of apologizing for having their own opinion.  They have had enough of walking on egg shells wondering what they can and can not say!

America is praising and thanking Trump for helping to pull all the political correct duct tape away from their lips!  One by one and often in great big groups, people are speaking out for what they believe, what they think, and what they want!  They are especially speaking out for who they want for their next President.  That is obviously Donald J. Trump.

The masses of the silent majority have been suppressing their voice for a very long time.  Today everything is different.  The politically correct line in the sand that the establishment has put in place is no longer a standard of acceptable practice.

Americans are stomping the dust and making sure there is no such line. Today it is all but kicked over and wind swept, thanks to the leadership of Trump and the rising up of those who want to make America great again!

Our very first amendment in the Bill of Rights must be cherished and upheld.  If not, we are no longer a free people. Let us take a moment and read those simple sentences that hold the very fabric of our liberty together.

Congress shall make no law respecting an establishment of religion, or prohibiting the free exercise thereof; or abridging the freedom of speech, or of the press; or the right of the people peaceably to assemble, and to petition the government for a redress of grievances.

Americans have every right to conduct their lives, their affairs, their persons with the right to speak their opinions without the  brow beating  chastisement of establishment media puppets.

Puppets, whose very liberty to condemn comes from Marxist ideals in an attempt to use the laws of the land against the innocent.  For the very Amendment that the establishment uses to freely speak out to disallow words and concepts from a free people is the very same Amendment that allows each American their protection  against a tyrannical attempt to silence them.

This is the very reason John Adams in a speech to the military in 1798 warned his fellow countrymen stating, “We have no government armed with power capable of contending with human passions unbridled by morality and religion . . . Our Constitution was made only for a moral and religious people. It is wholly inadequate to the government of any other.”

A free American has no choice but to stand against the establishment plots to silence and hinder a people who by the very establishment of the United States Constitution encompasses each citizen a list of liberties to embrace and to exercise at such a time as this.

Americans were all but at the chopping block of the establishments whims, giving up hope and accepting the inevitable Marxists tyranny that shadowed over their heads until a man of greatness and bold tone stepped onto the presidential platform.   A man of straight talk, pledging to give his own money in order to run on a platform free of  beholding to any man or lobbyist one red cent.

In return, all he asks is for the vote of the peoples confidence that he is the one to have the honor to lead the nation in its’ highest office as President of the United States of America, in order to make her great again.

As a respected man of his word, he has pledged in the honor of his name to do all that is within his power to do to serve America, even to the extent of forgoing  any pay; for he seeks merely the honor to make America great again and keep her people safe.

At these perilous times we need someone whose actions, and not words replicate that of our founding fathers.  There is only one who in this election has addressed the nation whose brashness and tone matches that of the voice of rugged men we know as our founding fathers.  Men whose voices kindled a fire in the hearts of the people who desired life, liberty and the pursuit of happiness with certain inalienable rights. That one is  Donald John Trump.

The words of Samuel Adams ring out so loudly at this very moment, especially when In this election there is only one who has put forth their own hard earned and well deserved wealth  to the cause of making America great again. The same one has taken a brutal lashing from establishment forces that the founders would have likened to the British overseers commanded by King George.  The same has promised that with our help, he will do all he can  to give our children, and future generations, as well as all legal immigrants their opportunity to achieve the American dream.

“If ye love wealth better than liberty, the Tranquility of servitude better than the Animating contest of freedom, go home from us in peace. We ask not your counsels or arms. Crouch down and lick the hands which feed you. May your chains set lightly upon you, and may posterity forget that ye were our countrymen.”