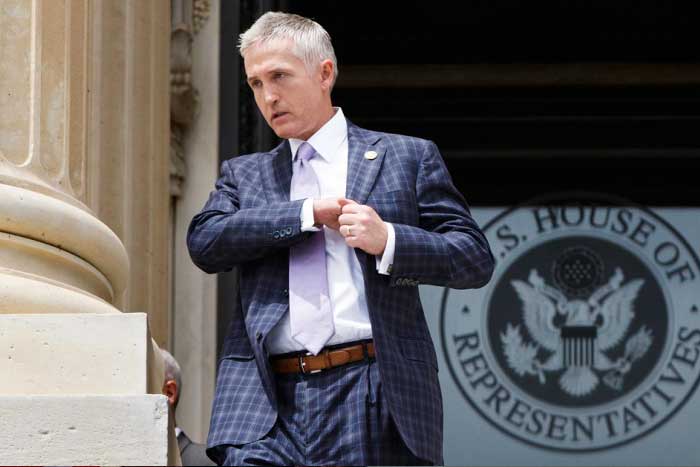 I have been a Gowdy admirer for a long time.  Something just doesn’t look right here.  He is not winning his committee cases and has a record of never losing a case in his prosecutor career.  He is a loyal guy from South Carolina and agreed the confederate flag should come down.  He is supposed to be one of the staunchest conservatives there is and now is supporting and going on the campaign trail for RINO Rubio who by all means isn’t a legitimate citizen under the rules to be president and definitely not conservative, not to mention his voter absenteeism is the worst in the Senate.
Does anyone have a clue what is going on here?  Is he being threatened or is this who he is?
Dianne Marshall
Another side note: First, Gowdy voted for Boehner as Speaker of the House.
Then Gowdy introduced the nomination of Paul Ryan as the new Speaker of the House.
Now Gowdy is backing the gang of 8 Amnesty Sponsor Rubio for president. The gang of 8 was McCain, Lindsey Graham and Rubio pushing to give blanket welfare checks, and grant citizenship to, an estimated 30 million illegal alien lawbreakers.
Note: All the above are recent decisions.