Patty Cummings, entrepreneur, has no time to wander the beaches during working hours, but, when the beaches are throwing up sea life and turning into grave yards for puffer fish, dolphins, sea turtles, manatee’s and all manner of thriving ocean life, she took the time.

Cummings knew things were going on for a while but didn’t question things as she, like the masses,  bought into the reports from authorities that this was a high tide and red tide, everything is normal, nothing to see here, now move along.  She saw someone’s video of the dead fish on the beaches and immediately, knew something wasn’t right.  She took to the beaches herself and was shocked and saddened by what she saw.  Dead fish and sea life of all varieties everywhere on the shore.  She went to Ft. Myers and found that in real life it was all worse than on the video. The stench was awful. She then went from shoreline to shoreline in the surrounding areas, and residential waterways and found the same thing was taking place.  It wasn’t just one isolated area. 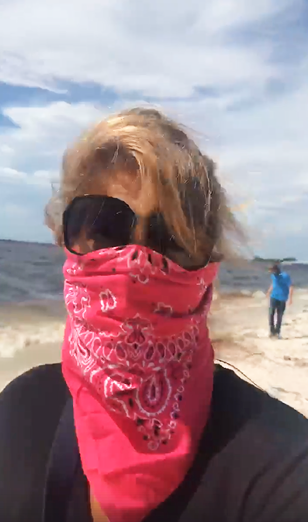 “The strangest thing that stood out in my mind was that there were no flies buzzing around the dead fish carcasses, and there was not a vulture in sight.  In fact, there were no birds in the sky at all.  The beaches are always full of sea gulls and pelicans and other beautiful birds and not a one was seen anywhere.”  said Patty in a stern, passionate tone.

“It wasn’t normal.  It was surreal.  I learned from Garrett Stuart, an algae scientist, that the problem was from fertilizer’s with nutrients used in the Sugar Cane fields that ran into the water supplies and Lake Okeechobee, creating a phosphate problem that caused the green algae blooms.  And other pesticides that were toxic.  Robbing the water of oxygen, killing sea life and the stuff is not biodegradable so it accumulates.”

Photo above right: Patty Cummings, taking precautions with her bandana and sunglasses. The stench and whatever else is in the air is not healthy right now on the beach.

Patty Cummings attended a forum for the people of Cape Coral where a spokesperson from the Army Corp of Engineers was sent to assure the people nothing was wrong, and everything was under control.  The spokesperson was sent to answer questions and calm concerns.  What ended up happening is a self admission that under her Government position she was not a liberty to answer the most important questions.  One of them being – is the water safe to swim in and is our drinking water safe?  The spokesperson could not answer that question. In addition, all the pertinent questions were soft pedaled and answered with comment like, “We don’t know that yet.”, “I can’t answer that.”, “We are working on it.”  When asked what they are doing….the answer was another one of the same, “We are looking into that.”  There was no how, who, what, or answer if the water was safe. The people were frustrated, and many walked away angry and not happy with the run around that was a waste of time.

The one thing it showed the people was that if anything is going to get done, it is up to the people collectively as a unit to raise awareness and take action to save their water supplies, their beaches, and their lives as many people have been getting sick from the toxins in the air.  Respiratory problems, headaches, coughing, and some with skin rashes and skin peeling off from contact with the water.  But, they can’t tell the people if the water is safe.  Not yet?  If people are getting sick and manatees are dying and a whale shark that never comes close to the shore is beached?  Then there is a problem with the water and it isn’t safe.

Algae Scientist, Garrett Stuart, says the answer is in stopping the use of pesticides and fertilizers.  Use organic means of growing and drain the water back through the rivers that people call a swamp.  One man at the town meeting said the answer is to drain that non biodegradable toxic water through a pipeline out into the Atlantic and into the deep where oxygen levels are low and won’t kill sea life.

Stuart states that Duckweed can be an answer to the toxic problem and is very cost affective.  But, there is only one problem in using Duckweed….it is common and grown in all 50 states and there may not be a lot of money made from it.  But it will be an answer to the eco system, clean water and safe sea life. 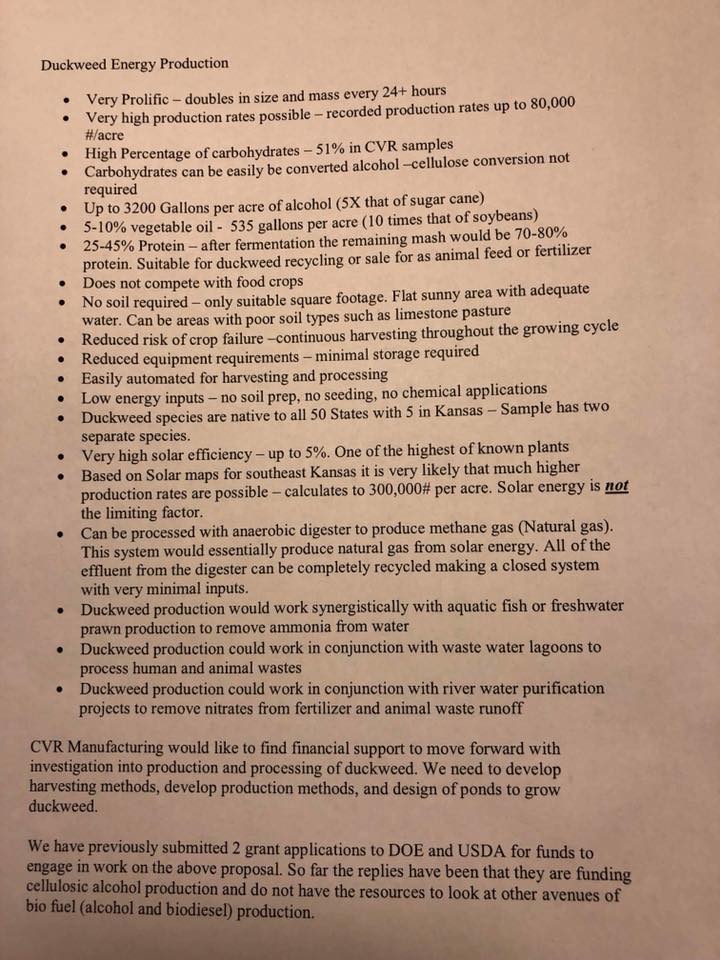 One thing is certain, no one knows exactly how toxic the water is, or the amounts of phosphates, dioxin, and other chemical levels that are in the algae blooms.  No one knows for sure if the dead sea life died from suffocation (as in a red tide) or toxic waste.  Maybe a concerned citizen can have some of the fish tested?  What would be found?  Is there any body out there that wants to do some testing for metal levels, dioxin levels, phosphate levels, other unknown chemical levels?

When will the birds return?  Where are the flies and crawling critters that eat dead fish?

How many people and kids will get sick before action is taken?  Is this another Flint. Michigan crisis in the making?  How bad is it?  How bad will it get?  Will the people take this sitting down or will they take action?  Patty Cummings is creating awareness, and if you are concerned and want to help create awareness – post your ideas on her new Facebook Group Page – “Sea Life Awareness SFL”.