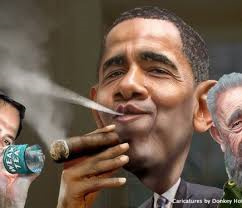 While America is watching the shoot out in California via live satellite on national news, Putin is preparing for WWIII with the U.S. in Syria. I am sure there are other things taking place as well that we are not supposed to notice, but this is a pretty big thing.
The problem the Obama regime is having is that the American people still have the 2nd amendment and the right to bear arms. The plan to create chaos with their Syrian refugee program will not go smooth as long as Americans are armed and willing to defend their families and their land.
It appears that the unspoken plan is to proceed with active gunmen in false flag events and make sure America starts to fear going to the grocery store or anywhere for that matter.  How?  Keep creating events that portray that guns are evil and the government should take them all away is their only answer. Yet, the media is silent on cities like Chicago who have the strictest gun laws and highest numbers of gun related deaths daily.
In an article (linked below) titled:  “Breaking: Putin Tells Army To Prepare For “World War III” With U.S. In Syria”, by Conspiracy Club, It mentions what they call Russia’s ultimate weapon called “Reflexive Control”. The basic principals of this ultimate weapon remind me very much of the “False Flag” scenario from the government underground cartel playbook.

Compare the basic principals as applied to the Obama regime gun grab:

Distraction—during preparatory stages of combat operations, creating a real or imaginary threat against one of the most vital enemy places (in this case America’s home soil) such as flanks and rear,(schools, theaters, Army recruiting stations and bases, etc.) forcing him to reevaluate his decisions to operate on this or that axis. (forcing sheeple to rethink 2nd amendment)
Overload—often manifested by sending the enemy a large amount of conflicting information. (as seen on main stream news reporting)
Paralysis—creating the belief of a specific threat to a vital interest or weak spot. (schools, theaters, public events and handicap centers. i.e. everyday life)
Exhaustion—cause the enemy to carry out useless operations, thereby entering combat with expended resources. (repeat more of the same until people are sick of it)
Deception—during preparatory stages of combat operations, force the enemy to reallocate forces to a threatened spot. (make people think the real enemy is a gun, not the false flag event)
Divisive techniques—cause the enemy to believe he must operate in opposition to coalition interests. (i.e. people must give up their guns)
Pacification—through a peaceful attitude and approach (we are here to help solve the problem) cause the enemy (U.S. citizens) to lose vigilance.(give up)
Deterrence—create the impression of superiority. (government will save you, they know best)
Provocation—force enemy action advantageous to your side. (continue false flag events and other divisive tactics)
Suggestion—offer information that affects the enemy (citizen) legally, morally, ideologically or in other areas. (anti gun and innocent death rhetoric)
Pressure—offer information that encourages society to discredit its own government. (push lies that destroy the constitution and bill of rights)
And, as always, the establishment puppet masters who control President Obama, will grossly underestimate “We The Peoples” willingness to sacrifice everything, if it comes to that, to save America from what they believe is a tyrannical overtaking of their nation and way of life. i.e. their ultimate resistance to the new world order for the 21st century and any ISIS (sharia law) takeover.
I am sure there are a few executive orders or something that took place today that we are not supposed to notice. You will hear about it soon.
Dianne Marshall
Read About Putin and WWIII here:
https://www.conspiracyclub.co/2015/12/02/putin-us-war-begins-in-middle-east/