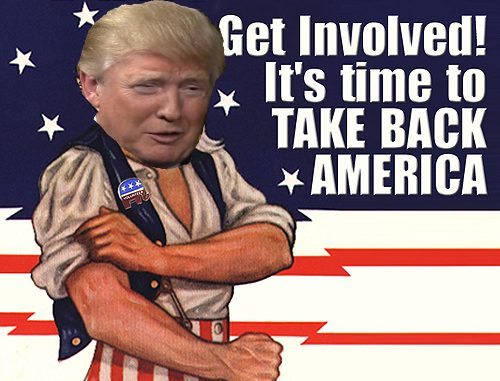 I don’t think the workers care much about the bla, bla, bla good of the company when it means they are unemployed.  What’s next asking them to apply for a Mexican citizenship and move to Monterrey so they can apply for their old job back? (That was allowed in the borderless CFR North American Union Task Force Manual – the one Heidi Cruz worked on!)
“This move is intended to address the challenges we continue to face in a rapidly changing HVAC industry, with the continued migration of the HVAC industry to Mexico, including our suppliers and competitors, and ongoing cost and pricing pressures driven, in part, by new regulatory requirements.” (Read full article in link below)

New regulatory requirements are a part of Obama’s Cap and Trade bill designed to move businesses into other more profitable business climates.  It appears to be the real “climate change” they are after.  Not global warming.
Trump will stop Cap and Trade and restore jobs by not allowing free trade into the United States.  Wake up people and vote for the one lone candidate that has been telling you all from day one exactly what they are doing and planning to do more of!  That one is Donald J. Trump!
Get out the vote!
Dianne Marshall
https://www.conservativeoutfitters.com/blogs/news/87652353-video-shows-1-400-workers-learning-they-just-lost-their-jobs-to-mexico