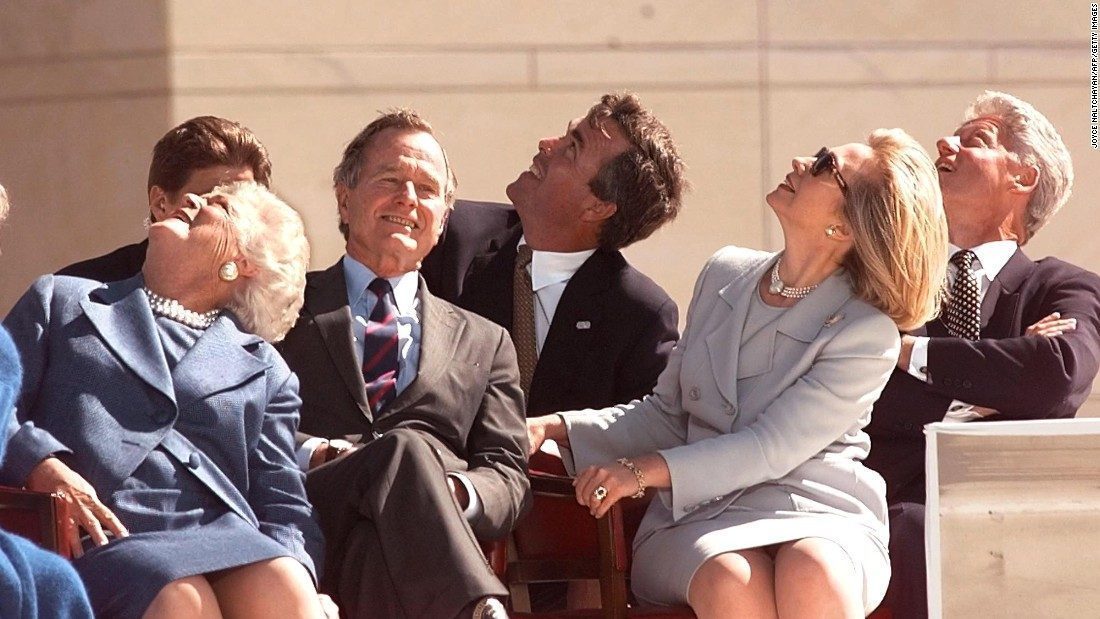 Bush family and the Clintons sizing up that glass dome….how many more cracks?
Manufacturing leaving America started with President George H. Bush. He brought us the “North American Free Trade Agreement”.  Before the ink even dried, American companies started closing manufacturing facilities in America and moving them to other countries.
Bill Clinton pushed for that same trade agreement. Hillary was all for it.  Next when Billy boy and Hillary took office (she was never a first lady she controlled Bill) they pushed NAFTA.  George Walker Bush pushed for the NAFTA highway, and North American Union. It has been downhill for American manufacturing since the Bush and Clinton administrations. It went on life support after OBAMA took office.
Go read the labels, almost all American companies are now manufactured in Mexico, China, Indonesia, Pakistan etc. America is weaker because of it. We don’t need TTP – we need to reset the mess they have created! Scrap it all and put America first!

Guatemala also now supplies clothing brands for the above department and outlet stores!
So Hillary is not worried about Trump’s shirts and ties – nor any garment you, the American consumer, purchases at any retail outlet (hard finding clothes made in America – even Wrangler makes their jeans overseas).  Hillary is among the ones that pushed to have our clothing manufactured overseas!  And that is just on the subject of clothing trade- not all the other sectors. Imagine what is ahead if Hillary is elected?
Every area in America that is in decline will fold up like a scroll ushering in the final nail on the coffin of which she will blame on a propaganda video as she sends you all to “adult re-education camps”.
Dianne