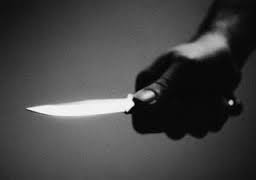 How does Ben Carson do it?  I wondered how he can so boldly stand by his past bully actions that could have maimed and killed others, so calmly and so matter of fact.  How could he appear so confident in his past that he demand that all know and believe he did exactly what he said he did. I heard him say he knew that his actions were wrong, and the same would ruin his life. But, I don’t recall hearing that he ever felt such remorse that he made amends to his victims? Have you?

This led me to the question of, “How do those who have been bullied and hurt by others feel about Carson’s teenage story?”

I wondered how his story would inspire victims?  How do those who have received physical scars for life feel about the success of those who have harmed and scared them? How do they feel knowing that these bullys have been able to somehow go carefree on with their lives to achieve greatness and wealth? Could they be truly happy about it?

I just wondered about that which led to the next question – specifically, “How do Carson’s victims feel about Ben, especially when now knowing that Ben viewed  his past actions as something that might stand in the way of his future goal of becoming a doctor?  How do they feel about his not showing any remorse for the infliction and pain he caused on their lives, but only how his actions almost ruined his own life dreams?  How do they feel knowing that it was all about Carson?

How do they feel knowing that by spending a few hours in the bathroom alone with Proverbs it helped Ben somehow forget all about what he did to them and the harm they must be suffering?  Are they now happy that he was able to let it all go and move forward with his life to become a  great doctor now running for president?

Such questions rarely come up for most who do such heinous things to others, for most never really go on to brag about such things in their adult lives. Especially when they are successful.  But, just to shed some light of understanding on the question, I did a bit of digging.

Well, it seems that kids that are bullied don’t outgrow it. It lasts long into adulthood.  Kids that have physical scars also have emotional scars from the trauma.  Kids don’t get over it so easily and don’t just go off to become successful surgeons.  What Carson isn’t getting in his boasting of being such a terror to others is the other side of the redemption coin.  The side that caused his victims great duress and emotional problems.  Depression, fear, and lack of self worth, especially when there was no real closure to the issue as the assailant always ran free and was still lurks around the next corner.

“To a victim this typical part of growing up leaves many with strong long-term effects on the victims risk for depression, anxiety, suicidal tendencies, and a whole host of outcomes that wreak havoc on adult lives.” said William Copeland, clinical psychologist at  Duke University Medical Center.

Those who were both bullied and bullies resulted in some interesting results. The test included those involved in bully issues between the ages of 9-13 and was performed over a twenty year duration.  Researchers looked at the mental health outcomes of each group in young adulthood, controlling for childhood factors such as pre-existing mental health conditions, struggles with home life and childhood anxiety levels.

They found that any involvement in bullying boded poorly in adulthood. Pure bullies did not show problems with emotional functioning as adults, Copeland said, which is unsurprising given that they had all the power in their childhood relationships. But they did show increased risk of developing antisocial personality disorder. People with this disorder have little empathy and few scruples about manipulating others for their own gain. The disorder is linked with a greater risk of becoming a criminal. Most bullies did not go on to have the disorder, Copeland said, but they were more likely to develop it than other groups.

Researchers found that pure victims,  were at higher risk for depression, anxiety, panic attacks and agoraphobia than kids uninvolved in bullying. Worst off were the bully/victims, who were at higher risk of every depressive and anxiety disorder in the book. See [5 Ways to Foster Self-Compassion in Your Child]

Copeland said about these findings, “More and more, I’m coming to the mindset that what happens to kids when they’re with other kids, their peers, is as important, or maybe more important, than what happens at home.”

I so believe, especially after doing volunteer work for a number of survivor groups,  that more needs to be done to address bully issues and prevent them from harming more victims which have been proven to suffer the greater psychological problems than their bullies. If serious bully issues are to be addressed, we do need to address the problem not reward it later with an angry youth reform ideology that offers the bully a scholarship program.

It is this authors belief that a program for victims of abuse in the form of scholarships would be the greater idea. Not those who abuse.

None the less, the point I am making here is that those who bully have the greatest chance to rise to the top, as they were the ones perpetrating, and not being victimized. In the real world, to reward bad behavior is folly, or so that is my opinion.