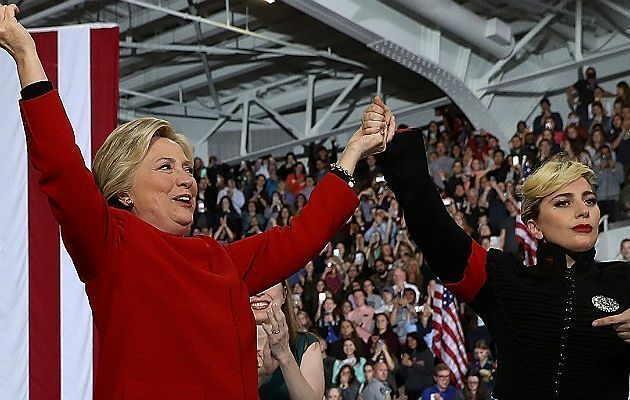 NAZI armband?  NAZI soldier outfit?  Hillary in North Carolina is not hiding her real plans for America….Lady GaGa told the story in her Hillary Gear at Hillary rally that few showed up to see!  Twitter reported that a little over 2,ooo were viewing NAZI GaGa at the same time over 66,000 were viewing Trump’s rally!  See story here. 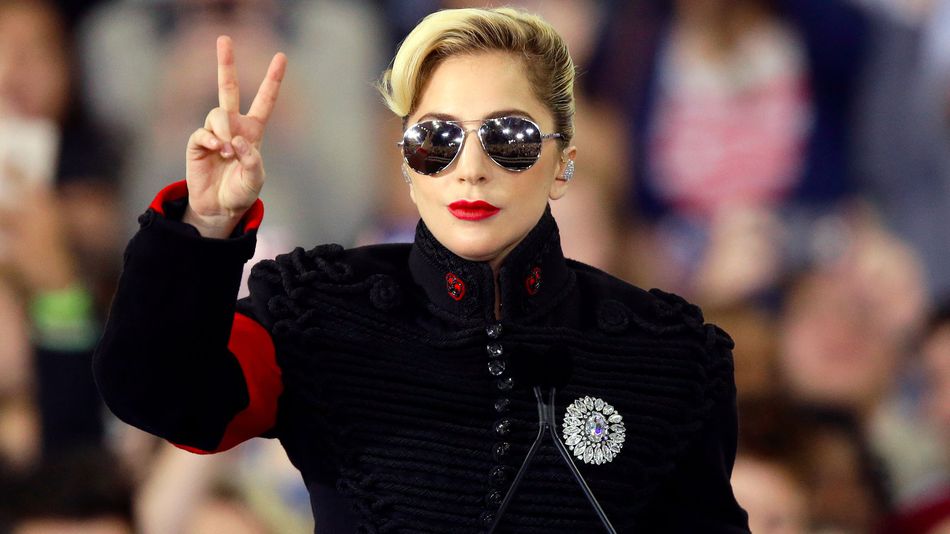 What you see is what you get – with Hillary you get NAZI, war, FEMA Camp homes, domestic chaos, riots, no borders, joblessness, sharia and world disorder.

With Trump you not only get back to work, and get rid of Obama care, you RESTORE AMERICA – MAKE HER SAFE AGAIN, AND GREAT AGAIN!  YOU GET YOUR COUNTRY BACK!

This year GaGa performed for Joey and it couldn’t have been more ridiculous. Yet, scarey to think that just before the vote a hand ful of people filled some circles to listen to GaGa and what ever that was. And we are supposed to believe he got all those votes? LIES, LIES, AND MORE LIES.

As you can see the agenda planned under a Hilary Presidency was a militant one. A NAZI regime RESET. And we stalled that RESET then. TODAY we face the exact same RESET only the devil is mad and has blasted everything at us. For try as hard as they did they failed to topple the President that God gave America, and that was DONALD JOHN TRUMP. Stand with him and STAY STRONG for together we shall be victorious against the evil ones. If God be for us, who can be against us?