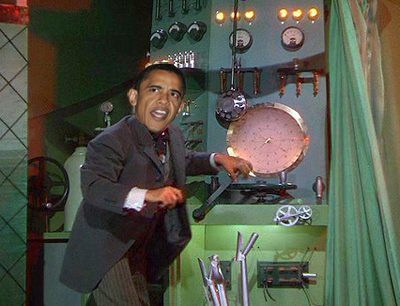 An interesting report in Forbes Magazine proclaims that Putin is the most powerful leader in the world in 2015  for doing exactly what he wants, and Merkel is the second most powerful leader in the world for doing exactly what others want even to the point of selling out her state to Syrian able-bodied male refugees who appear to be looking for a place to wave their ISIS flags.

So where is Obama in all of this?  He weighs in as  Forbes number three for controlling the biggest most powerful land of OZ but wanes as his influence of being the Great and Powerful shrinks. It appears now that Toto has barked at the curtain and pulled it back, Obama has to struggle more than ever to get things done.  I am sure the war crime accusation from Doctors Without Borders didn’t help in the voting process, nor the report from Russia on his failed bombing history on ISIS.

So, what will the coming year bring?  Will Putin continue to do his own thing which appears to be the most responsible and award winning common sense approach.  Will Merkel make it through her own crisis of having her citizens protesting for her to step down from office?  Will knowing Merkel was dubbed the worlds number two most powerful leader by a Western propaganda magazine change the peoples opinion of her?  It looks pretty grim from what I am watching, but only time will tell.

Last but not least, will Obama allow a 2016 election or will he steal the show as he vows to somehow take first place as the world’s most powerful leader by starting WWIII?